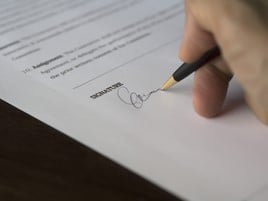 Almost a third of car buyers who purchase their vehicle outright have left themselves short of cash after committing too much of their savings, an AA Populus survey has found.

The June survey of 10,287 AA members revealed that 30% admitted that they faced monetary troubles after the upfront payment, with 35% admitting that they were left without a rainy day fund and 33% revealing that the outlay forced them to cut back on luxuries like nights out and gym memberships.

The AA said that just 6% of car buyers were unaware of motor finance such as PCPs or HP offers for used cars, but many expressed concerns about the prospect of ongoing repayments.

James Fairclough, chief executive of AA Cars, said: “Lots of drivers prefer to use their own savings to pick up their next car as they might be reluctant about having any ongoing financial repayments, paying off interest or having a commitment on their credit score – but there can be downsides to relying purely on your own cash to buy your next car.”

The AA Populus survey found that millennials were most likely to express regret at buying a used car outright, with 48% of 18 to 24 year olds running into trouble afterwards, 50% of 25 to 34 year olds and 50% of 55 to 64 year olds.

A number of older drivers have taken advantage of the 2015 pension freedom reforms to pay for the car, with 4% of 55 to 64 year olds saying they’ve dipped into their pensions to buy cars outright.

Fairclough is advising car buyers to save up more or consider one of a range of finance offerings now open to consumers. He said: “Before taking the leap and dipping into your hard-earned savings to buy your next car, it’s worth thinking about saving up more funds or shopping around to see if there are better suited car finance deals to be had first.

“If you do, you can frequently get a much better deal than you would expect that spreads the cost over a long period.”