The Finance and Leasing Association (FLA) has revealed that new business in the point of sale (POS) consumer car finance market increased 2% by volume and 6% by value in February 2019. 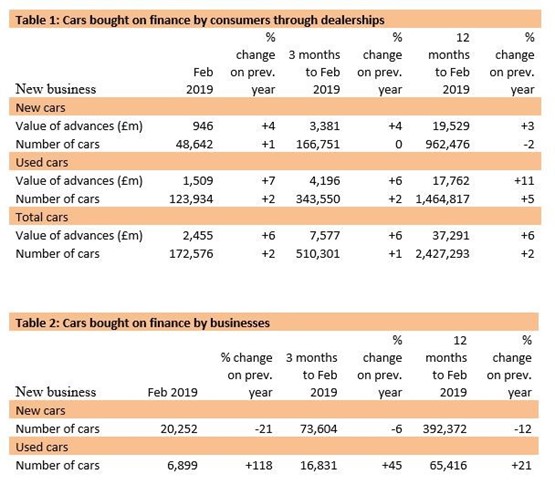 The year-on-year rise came as the percentage of private new car sales financed by FLA members through the POS declined slightly to 91.1% in the twelve months to February, however – 0.1ppts down on the same period to January 2019.

The POS consumer used car finance market reported new business in February up 2% by volume and 7% by value, compared with the same month in 2018, the FLA said.

Commenting on the figures, Geraldine Kilkelly, Head of Research and Chief Economist at the FLA, said: “The POS consumer car finance market reported further modest new business volumes growth in February, as consumer confidence remained subdued amid uncertainty about the outlook for the economy.”

"We continue to expect new business volumes in 2019 overall to be at a similar level to 2018 if there is a reduction in Brexit-related uncertainty.”