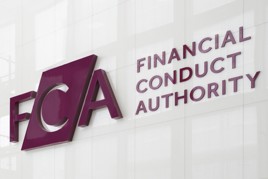 The National Franchised Dealers Association has responded to new FCA rules on appointed representatives with a warning of likely delays and increased costs passed on to consumers.

This December the Financial Conduct Authority will toughen up its rules for principal firms, which take responsibility for often smaller firms that sign up as the principal's appointed representatives (ARs), by requiring them to give it notice ahead of any new ARs being appointed and insisting that principals put their ARs under much closer scrutiny.

It will impact small motor retailers which operate as ARs for the sale of finance and insurance under a third party principal, such as ITC Compliance, plus dealer groups which hold full FCA authorisation at group level and act as the principal for their dealerships which act as ARs.

"Although we support the FCA’s desire to improve consumer outcomes we are concerned that the new rules are likely to increase the regulatory burden on dealers and may force some to need to apply for full FCA authorisation with its consequential increase in regulatory costs that in turn will increase the cost of vehicles to consumers," the NFDA stated in response to the FCA's announcement last week.

"The new rules are also likely to slow down the authorisation process as the FCA has to give authority to new ARs to be appointed."

The NFDA said the retail motor industry widely uses appointed representative arrangements to help streamline and reduce the cost of regulatory compliance for finance and insurance.

The arrangements allow some motor dealers to take advantage of 3rd party firms' FCA authorisation and operate under their network rather than be directly authorised by the FCA, it said, and wome dealer groups also use the arrangement to rationalise internally their FCA authorisation to enable better controls within their businesses and also allow them to more quickly access authorisation status for new dealerships.

Sue Robinson, chief executive of the NFDA, said: “With the unprecedented burden currently facing dealers across the country, further regulatory responsibility will negatively impact their business.

"During a cost-of-living crisis, the additional costs of these measures will lead to a strain on tight budgets and ultimately lead to an increased cost for consumers."

The FCA has also just finalised its new rules for the Consumer Duty, an updated regime for firms offering financial products and services, which requires them to put the customer at the heart of their process.