The future of mobility and the franchised dealer 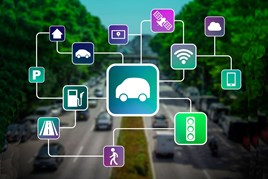 When the largest manufacturer by volume in the UK heads in a new direction, it is worth thinking about the long-term consequences.

Mark Fields was replaced as chief executive of Ford by Jim Hackett towards the end of May and if the Michigan-based carmaker is to be believed, this was down to needing to drive forward more decisively with electric vehicles, hybrids and new mobility as a service (MaaS) solutions, such as car-sharing and ride-hailing.

MaaS is a shift away from personally owned modes of transportation and works by combining transport from public and private providers in a unified way to create and manage a trip, which users can pay for with a single account. Users can pay per trip or a monthly fee for a limited distance.

The idea may initially prompt disbelief, but with the rise of PCP acting as an indicator of how unimportant UK consumers find the  traditional concept of ownership, is MaaS really so radical?

An April 2017 online survey of 400 UK and US drivers by Nuance, a US-based voice control technology company, found that 25% would sign up to MaaS. Autonomous vehicles of the future will go hand-in-hand with this type of future transport.

Before he took over, Hackett was already leading Ford Smart Mobility, a subsidiary formed to design, build, grow and invest in mobility services. Now he is tasked with pushing the Blue Oval as a whole to target alternative ownership solutions and connected motoring innovations.

Ford will open a ‘Smart Mobility Innovation Office’ in London this summer with space for 40 staff.

Steve Hood, chairman and chief executive at Ford-owned retail group TrustFord, has already said dealers are going to have to be “very-open minded” towards car-sharing and pay-to-use business models.

He said: “Customers’ needs and expectations are starting to change. Sooner or later, things are going to change significantly.”

"By the time MaaS takes off in a big way… the market would have to move away from margin schemes and towards a fixed-price-per-model basis" Nigel McMinn, Lookers

Nigel McMinn, Lookers’ managing director, acknowledged it is difficult to say how quickly MaaS will grow, but believes the pace of change in the automotive business model is slow compared with fast moving markets such as digital technology.

McMinn said: “I’m confident we will see the market shifting from a mile off. It’s very rare in automotive to get a CD-to-iTunes or an iTunes-to-Spotify-type switch.

“It took 10 years for PCP to really establish itself. If you look at mobility schemes, they are a fraction of the market. Personal leasing is a step on the road.

“There is nothing to suggest right now that MaaS will be at 2% or even 4% in a year or two. I think it’s going to take another 20 years before we see some real change in the way the model is in the UK.”

Mark Lavery, the chief executive of Cambria Automobiles, does not dismiss MaaS as a potential outcome for the future in the UK, but thinks customers still want to have their own car in the medium term.

He said: “I know companies like Zipcar are disrupting the market and I’m sure MaaS will play a part in the future.

“But if you’re looking at the UK public, specifically outside of major urban locations, I think it’s going to take a very long time to move away from the outright vehicle ownership model.

"Outside of major urban locations, I think it’s going to take a very long time to move away from the outright vehicle ownership model" Mark Lavery, Cambria

“That need to own a vehicle is even more pronounced, I think, when you look at the premium market or for vehicles that fall outside a logical purchasing decision and into the emotional category.”

McMinn said even if his views on how quickly the market will grow are wrong, MaaS will have to compete with PCPs on price to be a success.

He said: “The logical option would mean you would have to offer a subscription model on a much cheaper basis than a PCP. If you look at the monthly cost of an average PCP at £200 a month, that’s £6.45 a day. If you look at something like a Skoda Citigo, which would probably be the sort of A to B motoring model you would go for, it’s around £100 a month, that’s £3.22 a day.

“I’m really struggling to understand how someone can come to the market and offer a solution at a lower entry price than that.”

McMinn said dealers will adapt to changes in the market and MaaS will be one part of a range of offers available to customers.

He said: “When the market does grow, dealers will play a part in supplying and servicing them,  a bit like a fleet deal.

“I think by the time MaaS takes off in a big way, the entire dealer remuneration model would have changed. My speculative prediction is the market would have to move away from margin schemes and towards a fixed-price-per-model basis.”

Lavery is also confident there will be opportunities, as long as businesses are willing to adapt.

He said: “I think autonomous vehicles will add a huge amount of value in metro areas specifically, and dealers have to be a part of that.

“I can imagine city centres with connected traffic and an ‘eye in the sky’-style situation. There could very well be a subscription-style service for autonomous vehicles.

“But as long as there is a need for servicing and supply of those vehicles, there will still be a need for dealers.”

Nissan has already launched its Get & Go Micra business in Paris. The digital platform will allow users to meet via social networking, with a profile-matching service to find an ideal car-sharing partner.

The service lets customers part-own a brand new Nissan Micra between two and five people for a year, with insurance and servicing thrown in as part of the package.

Those involved in the scheme agree to an annual mileage limit of 9,320 miles. Sharing the car is managed through a dedicated app, which shows where the car is, allows keyless opening, management of use, booking times and a messaging service for owners.

Carlos Ghosn, Nissan and Renault chairman and chief executive, said: “We are moving toward a future where car usage may be more flexible, social and shared.

“At Nissan, we are pioneering new ways to allow drivers to enjoy the freedom and financial benefits of shared car ownership.”

While the concept is being trialled on a Micra, a low-cost model, it’s easy to imagine the cost of an automated vehicle, which may be expensive before mass market adoption, being more accessible if the price is split between five.

From the dealer’s perspective that potentially takes five buyers out of the market, but in areas such as central London, those five people were unlikely to have bought a car anyway.

Lynk & Co, a new challenger brand from China (it is owned by manufacturer Geely), is launching in the UK with a disruptive ownership model in less than two years’ time.

Its business model is based on three concepts, the first of which is common among Asian car manufacturers – all vehicles will be loaded with kit and the price will compete with volume players. This includes a lifetime’s free connectivity with 4G Wi-Fi and a guaranteed warranty.

The second concept is that all customers will be able to share ownership of the car with their local community. Access to the car will be possible via voice recognition.

The third is that buying, ‘subscribing’ and maintaining the 01 SUV, which  was revealed at the Shanghai Motor Show earlier this year, will be done directly with Lynk. It will be predominantly a digital interaction, with no franchised dealer network partner. However, it is likely to use high-footfall retail locations, echoing companies such as Tesla and Rockar.

A spokesman for Lynk & Co said: “We will be offering new solutions for car usage and access is to be offered to customers. This will range from traditional ownership and leasing to subscription and sharing-membership.”

Lynk is working with Microsoft and Alibaba (the Chinese equivalent of  eBay) to build its digital customer infrastructure with new order, supply, sales and CRM systems.

It also has a partnership with Ericsson to create its vehicles’ car connectivity cloud. Lynk wouldn’t comment on whether it was looking to partner with eBay or Amazon for the UK market, although Amazon is expected to launch a UK car sales trial in 2018 and is already recruiting car sales executives, according to reports.

The ‘Lynk & Co community’ will be able to control ownership of the vehicle with an app. The car can then be shared through the Ericsson digital platform, based upon a member’s service requirements.

The spokesman said: “If you as a customer should want to share your car, you can. If you don’t, then members don’t have to.

“We have conducted very detailed private market research which has led us down this route.

“It is clear that the ways of purchasing and outright owning a car have changed dramatically over the previous 10 years.”