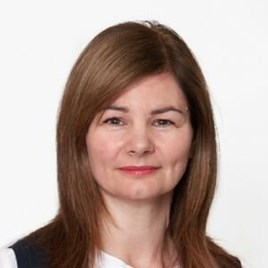 The IMI has called for the automotive industry to stamp out bias towards men ahead of the Gender Pay Gap reporting deadline.

While women are more likely to make financial decisions, such as purchasing a car, they are significantly underrepresented in the automotive industry with only 19% of the national workforce being female, the IMI said.

Data for 2016/17 from ACE shows that the number of women undertaking automotive apprenticeships also currently stands at just 2%.

The IMI believes that addressing  workplace gender-stereotypes will give businesses a competitive advantage.

IMI’s chief operating officer, Lesley Woolley (pictured), said: “Currently we have very few women working in our industry. However, I’m proud to see that there is sea-change in women coming into the sector through apprenticeships.

"Plus a number of organisations within the sector have evolved to place more strong and empowering females in senior management roles.

“The IMI is an example of an organisation that has a positive gender diversity at all levels.

"We currently operate with a 70% female to male split, and we believe it’s important that other businesses in our sector recognise the value of creating a competitive advantage by embracing diversity.

"More women should look at the retail motor industry as a place where they can create a legacy.”

Other women from the industry have agreed with this sentiment, such as Jardine's group HR director Clare Martin, who penned an opinion on debunking myths to attract women to automotive last year.

Carwow’s head of sales operations, Karen Hilton, said: “This is a really exciting time for the sector. I’ve been in the industry for 12 years now and I’m delighted to see more women making their mark and most importantly, being encouraged to do so.

“Carwow is a proud member of the ‘30% Club’ which is something we should shout about. It’s so rare that a business that combines two traditionally male-dominated industries - technology and automotive - should be able to lead the charge on making both sectors more accessible for female colleagues.

“We have a female founder and a number of inspiring women who make up our senior management team.

"This isn’t because they’re women, it’s because they’re great at what they do and that’s what I’m excited to see more of; women, passionate about their industry and empowered to do influential work.”