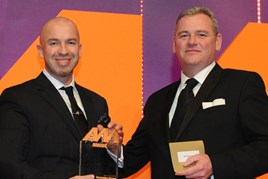 "Micro-management” has allowed Devonshire Motors’ managing director Nathan Tomlinson to lead his team to a return-on-sale figure of near 4% (against a Mitsubishi network average of 1.5% in 2017), a new car market share of 6% (with a franchise that has less than 1% nationally), and aftersales absorption of 105%.

The business also has a return on used car investment of more than 130%, against a network average of 65% – it is a ‘five-star’ Mitsubishi dealer and for three years in a row has been the manufacturer’s dealer of the year.

The success has come after a long journey, on which Tomlinson said everything had to improve: “Our results are a snapshot in a timeline resulting from many years’ worth of work and improvement.”

Six years ago, the business made an overall pre-tax loss of £44,000. Now its new and used sales and aftersales performances are a benchmark for the network.

Among the improvements made were ensuring workshop ramps are loaded before technicians arrive for work and pro-actively loading them during the day, allowing a technician to work on six or more jobs in an eight-hour day; front-desk upsell of a full brake service, with a take-up of more than 40% – or 40 hours sold for every 100 services at a gross profit margin of more than 80%. The business also pre-identifies and prioritises vehicle health checks, putting customers into a three-month cycle, rather than trying to guess when brake pads might be at 60%.

“Our new, used and aftersales performances are all benchmark as a result of around 10 years of micro-managing every detail and variable to ensure we make the best of every opportunity,” said Tomlinson.

“As we have improved, we have always looked to include and develop staff in equal measure, giving them more freedom and flexibility and empowering them to make day-to-day decisions.”