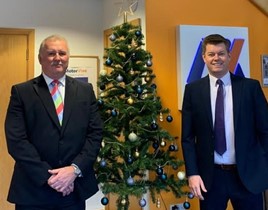 Marshall has pledged a £10,000 donation to Ben as part of a ‘Xmas Do-nation’ charity campaign launched by MotorVise to plug the charity’s £1m 2020 funding shortfall.

MotorVise itself announced that it would be handing over the £1,000 it intended to spend on its now cancelled staff Christmas ‘do’ to Ben as part of the scheme and Marshall chief executive, Daksh Gupta, made his business’s surprise donation in a launch video for the ‘Xmas Do-nation’ campaign.

Gupta, the automotive sector benevolent charity’s vice president, also urged other car retail businesses to “dig deep” to help the charity which has faced a 50% increase in calls for assistance this year due to the impact of the COVID-19 coronavirus crisis.

Speaking in the ‘Xmas Do-nation’ launch video Fraser Brown, founder and managing director of MotorVise (Automotive), said: “That’s an amazing gesture and a fantastic way to start the ball rolling by supporting a charity that cares for so many people across our industry.”

Just yesterday Ben issued an urgent plea for financial assistance amid a £1m funding shortfall and a COVID-triggered 50% increase in calls for help from automotive industry employees.

The automotive sector benevolent charity’s fund-raising efforts were heavily impacted by the COVID-19 coronavirus crisis when it was forced to cancel its annual Ben Ball earlier this year.

With the strain starting to show chief executive Zara Ross and chair of the board, Steve Nash, penned a letter appealing for financial help to assist their efforts.

Without help, the charity has admitting that it will forced to “make difficult decisions about which cases to support”, it said.

MotorVise’s Brown and sales director Nick Coyle came up with the ‘Xmas Do-nation’ idea after realising that if the UK’s 4,500 franchised dealerships each donated just £200 of the money set aside for those Christmas parties cancelled due to coronavirus restrictions, it would raise more than £900,000.

If this is matched by non-franchised dealerships, together with other associated automotive businesses, Ben could fill its £1m funding shortfall and generate the extra money necessary to meet a record demand for its services, it said.

Ben’s fundraising director, Matt Wigginton, said: “I’d like to thank Fraser and everyone at MotorVise for being so quick to respond and to Daksh Gupta for his incredibly generous ‘Do-nation’.”

Gupta said: “Ben needs our support and I urge everyone within the industry to do the right thing and dig deep.”

Brown added: “We are naturally disappointed at not being able to hold a staff party and having already set aside the £1,000 cost, we decided Ben was a deserving destination for that money.

“We’d really like to see, across the whole nation, automotive businesses donate a proportion of the money they would have spent on a Christmas party to our ‘Do-nation’ appeal - because right now this charity and the people in our industry need that support more than ever.”

For further details about Ben visit https://ben.org.uk or to donate to the Xmas Do-nation for Ben go to https://giving.ben.org.uk/pf/xmasdo-nation.

Ben this week received over £2,000 from the Institute for the Motor Industry’s IMI’s 100 challenge.

Throughout most of October, IMI employees and the wider automotive community rode their bikes, ran and walked to raise vital funds for the industry charity.

The amount will contribute towards the IMI’s efforts of fulfilling its £100,000 Centenary target for the charity.

Steve Nash, the IMI’s chief executive and  the chairman of Ben, said: “As well as raising funds for Ben, our aim was to create an event which generated some much-needed community comradery and encouraged physical activities to help support mental health and wellbeing in the sector.

“Through our partnership with Ben and the virtual events company ‘My Virtual Mission’, the IMI 100 challenge did just that, and we were delighted with the positive effect on participants as well as the amount raised.” 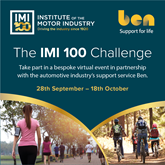 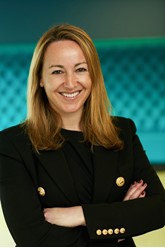