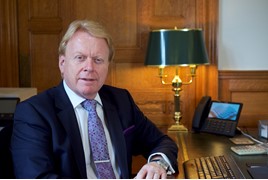 In an open letter responding to last month’s announcement by Prime Minister Boris Johnson that the sale of non-electrified diesel or petrol powered cars would be banned in 2030 – with a ban on hybrids due to be introduced in 2035 – the two IMI leaders aired their concerns about a lack of necessary skills in the sector.

“Compressing the transition timescale means we must now accelerate the detailed implementation,” they said, adding that “serious injury or death is a very real prospect” without the rapid roll-out of the correct training for automotive technicians.

The letter said: “Yes, we have Electricity at Work regulations, but right now only 5% of the technicians working in garages and dealerships are appropriately qualified to work on these vehicles. This is the real context to the government’s Green Plan.

“Unless we start to discuss these issues, that plan will be compromised and – much more importantly – the UK won’t meet its net zero targets and we’ll imperil our next generation’s future.”

The IMI’s latter said that it was “inspiring” to see how quickly automotive manufacturers were adapting their model ranges to transition towards hybrid and EV, acknowledging that consumers had begun to respond enthusiastically.

Last week the Society of Motor Manufacturers and Traders (SMMT) reported that demand for the latest battery electric vehicles (BEV) had surged by 228.8% in November, with 4,652 registered, while the markets for plug-in hybrids and hybrids also rose by 34.8% and 15%, respectively.

But the IMI added: “Anyone who wants to make a green choice, whether it’s full EV or hybrid, needs to know that they can access technicians able to work safely on these vehicles.

“Right now, though, the chances of finding qualified technicians are reducing.

According to IMI data, some 6,500 certificates for working on EVs were issued last year with the minimum required qualified technicians potentially reached by 2030 had that rate had continued.

The letter, penned by Nash and regular AM contributor Saker, said: “What’s the answer? As a country, we urgently need a concerted, ongoing workforce development strategy.

“The automotive workforce is already behind in the skills required for these emerging technologies – through no fault of its own.

“Embattled employers need support and incentives to get more of their technicians trained, and to re-ignite recruitment and apprenticeship plans.

“Electric is the right choice – for the environment, for jobs, for our children’s futures. But like all revolutions, this one requires fuel. The fuel of skills. We have a generation that’s wondering just where their future might lie.”

In concluding their letter Nash and Saker issued an appeal from the IMI. They want the following actions to be taken by the automotive aftersales sector: