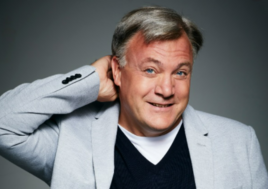 Former Shadow Chancellor Ed Balls will be the guest speaker at the NFDA Spring Ball when it returns to ‘Celebrate Automotive Excellence’ in April.

And the NFDA said in a statement that it was “delighted” to announce its return to the calendar following after two years of postponements forced by the COVID-19 pandemic.

NFDA chief executive, Sue Robinson, said: “We are thrilled to host again the NFDA Spring Ball. The evening promises to bring together some of the industry’s leading representatives to celebrate the excellence of the automotive industry.

“We look forward to seeing dealer members, friends and colleagues at this year’s NFDA Ball.”

A brand-new accolade, the Green Dealer Initiative Award, rewarding the efforts and investments dealers are making to embrace the transition to net zero.

As well as issuing awards to successful organisations and individuals, the NFDA is currently working to highlight opportunities in the sector for the next generation of automotive retail talent.

This week – to mark National Apprenticeship Week – its Drive My Career campaign is promoting a social media takeover.

He is a former member of Parliament, Shadow Chancellor, Cabinet Minister and Chief Economic Adviser to the Treasury.

He was also a fans’ favourite on Strictly Come Dancing 2016, broadcasted his first BBC series ‘Travels in Trumpland: with Ed Balls’ in 2018 and was the winner of the BBC’s Celebrity Best Home Cook in February 2021.