The National Franchised Dealers Association’s (NFDA) Drive My Career initiative is once again rallying apprentices to take part in a social media takeover to highlight employment opportunities in automotive retail.

Timed to coincide with National Apprenticeship week (February 7 to 13), Drive My Career’s awareness-raising online initiative is attracting hundreds of posts from apprentices with the likes of Arnold Clark, Caffyns, JCT600 and Marshall Motor Group. 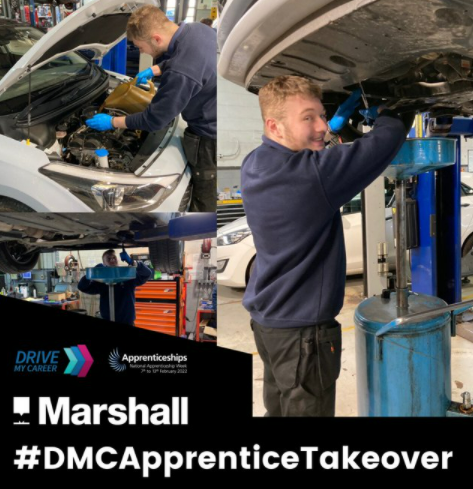 At the week’s mid-way point, the NFDA reported that its hashtag #DMCApprenticeTakeover had helped it to reach an audience of over 300,000 people across Twitter, Instagram, LinkedIn and Facebook.

Its 2022 successes come as the Institute of the Motor Industry (IMI) released new analysis that paints a worrying picture for apprentice recruitment in the automotive sector.

It also shows that the sector does not appear to be capitalising on levy funding for apprenticeships.

According to the IMI’s Automotive Education Report there was a 67% increase in apprenticeship starts in the full academic year 2020/21 compared to 2019/20.

However, whilst this is 16% higher than pre-pandemic levels, the reality is that apprentice starts had slowed down considerably before the pandemic.

The IMI’s careers and student membership manager, Joanna Hollingdale, believes the new data suggests automotive employers are still not looking at apprentices as an important component to tackle the well-documented skills gap, despite strong evidence of a clear return on investment. 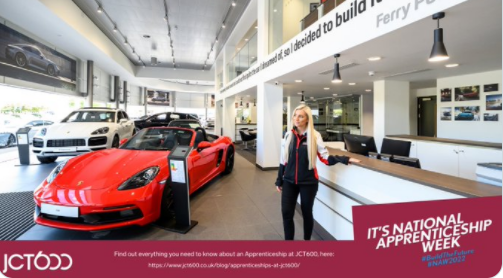 She said: “Automotive apprenticeship starts have had one of the smallest percentage yearly increases, with only travel & tourism (no increase), manufacturing (1%) and sport, leisure & recreation (52%) with smaller increases. Yet our sector has played a fundamental role throughout the pandemic – keeping Britain moving – and has a significant contribution to make in the Government’s Decarbonisation Plan.

“What particularly concerns us is the lack of take-up of the apprenticeship levy. Only 35% of automotive apprenticeships were levy-funded in 2020/21 compared to all apprentices that were 61% levy funded.

“With such a big task ahead of the sector in terms of being ready for the new automotive innovation – from ADAS and connected to zero emissions – it is crucial that employers build their pipeline of a trained workforce and the apprenticeship levy can play a vital role in supporting this task.”

Back in November, IMI research revealed that the automotive sector could face a shortfall of almost 36,000 EV-trained technicians by 2030 if retraining isn’t addressed urgently.

Speaking at the time, IMI chief executive, Steve Nash, said: “Whether it’s looking at incentives to retrain the existing workforce, or ensuring that school-leavers and people changing the direction of their career are excited about the prospects of working in such a fast-moving sector, there needs to be a mind-shift in how to fix the widening skills gap.”