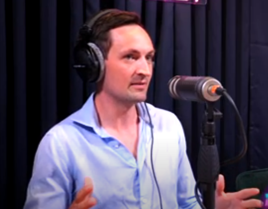 In the latest episode of the AM News Show carwow founder and chief executive James Hind explains how the online automotive marketplace remains a lead generator rather than an e-commerce platform.

The online business is expanding into new European territories and attracting new investment as it embarks on an “exciting and ambitious phase of growth” which includes an emphasis on becoming a source of new car stock and going head-to-head with Auto Trader as a source of used car sales leads.

Despite these developments, and closer ecommerce ties with the OEMs pursuing direct sales through an agency model, Hind insists that its relationships with its car retail partners are better than ever and that it should not be viewed as a rival.

But he did suggest that car retailers must draw on their capacity to deliver excellent customer service as the car retail sector becomes more diverse. Hind said: “Carwow is not ecommerce. We are still introducing a human to another human, dealer, car manufacturer and how they handle that is a huge differentiator.”

Speaking to AM editor Tim Rose and news and features editor Tom Sharpe in the latest edition of the podcast – available via Youtube, Spotify and Apple podcasts – Hind reflected on the development of carwow and the leads in new generates on the back of exposure created through its online content.

“So, if you wind back 18 months ago we were pure new cars, almost all our revenue coming from dealers as opposed to car manufacturers and then we had to change.

“Many things we have done. Lots of work with car manufacturers now, directly, we acquired a company that helps consumers sell their car and helps dealers acquire stock, which is their biggest problem obviously at the moment, and now a push into used cars purely because consumers struggle with the delivery times for new cars we’ve got to give them an alternative.”

Hind’s interview comes after carwow delivered a 29% increase in consumer sign-ups year-to-date to the end of July, attributing the growth to improved vehicle supplies and an upgrade of its platform.

Earlier this summer the business announced plans for an “exciting and ambitious phase of growth” following an injection of $55m (£41.5m) in funding to scale its Sell Your Car division, a £17.2m funding boost from investors including ITV and Channel 4 and the announcement of further investment from Geely’s Volvo Car UK brand.

AM News Show: Customer data key to making ‘the right offer at the right time’

AM News Show: Customer data key to making ‘the right offer at the right time’