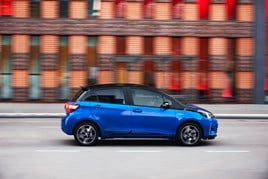 Motorists have been able to monitor the emissions and fuel benefits of the Toyota Yaris Hybrid thanks to a new test drive initiative.

Motorists trying out a new Toyota Yaris Hybrid can have their trip monitored by a device fitted to the car that measures fuel consumption, against the time and distance the supermini runs on its electric motor alone.

The manufacturer has hailed the results gathered from dealership test drives throughout Europe as “startling”, claiming that more than 50% of every trip would be electric-powered with zero petrol used and zero emissions.

Toyota GB’s marketing director, Andrew Cullis, said: “This is proving a very useful tool for giving customers a clear, real-world snapshot of what our petrol-electric hybrids are capable of – even if you’ve never driven one before."

The system is available at every UK Toyota retailer and is being used in other European markets.

The device is linked to an app which sales teams can use to show customers how well they have performed and compare their results with other users; figures are also published on Toyota’s website.

The test drive monitoring technology has been introduced as part of the Discover Toyota Hybrid campaign and, following its success in Yaris Hybrid, is set to be rolled out for test drives of the new RAV4, Toyota C-HR crossover and the British-Built Auris Hybrid as well.

Cullis added: “People are focused on the real-world cost of running their car and are also increasingly concerned about air quality, issues that Toyota addresses head-on with cars like Yaris Hybrid that use intelligent technology to deliver the best possible fuel economy and lowest emissions.

"And unlike all-electric vehicles, there are no issues around how far you can travel or the need to schedule stops for recharging.” 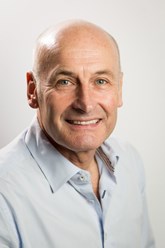