VW urges ‘do not use seatbelt’ after potentially lethal fault discovered 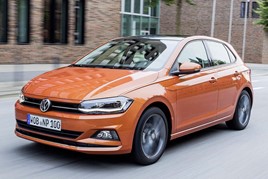 The Volkswagen Group has urged motorists to not use the rear-left seatbelt Polo’s and two Seat brands after Finnish magazine finds concerning faults.

The rear-left seatbelt in Volkswagen Polos as well as the Seat Ibiza and Arona have been found to have a potentially dangerous fault, originally reported by Finnish magazine Tekniikan Maailma.

Independent tests by the magazine, which were later confirmed by the manufacturer, found that when driven at speed and all three seat belts are in use, the rear left seatbelt can unexpectedly unfasten.

The Guardian reported that the VW Group said it was aware of the fault and advised owners not to use the middle seatbelt until a solution to the problem is found and a recall can be carried out.

A spokesperson from the Volkswagen Group in Wolfsburg, Germany told The Guardian: “Based on the analysis made at our factory we have identified the seat belt issue that Tekniikan Maailma has found in the tests.

“At Volkswagen, safety remains a main priority and we immediately reacted to solve the issue. As a consequence, a feasible technical solution has been identified.

“Volkswagen is now waiting for the concerned authorities’ final validation in order to implement it, both on the customers’ cars and on the future series production.”

Tekniikan Maailma found that the fault occurred during a high-speed lane change to the left when carrying five passengers.

The report states: “When the body of the middle seat passenger shifted as the car turned a corner, it forced the higher-mounted buckle for the central seatbelt against the lower buckle for the outer left-hand side belt, pushing the release button of the latter.”

Tekniikan Maailma told The Guardian that: “This happened on numerous occasions in each identified model and that the unlatching is caused by a design fault.”