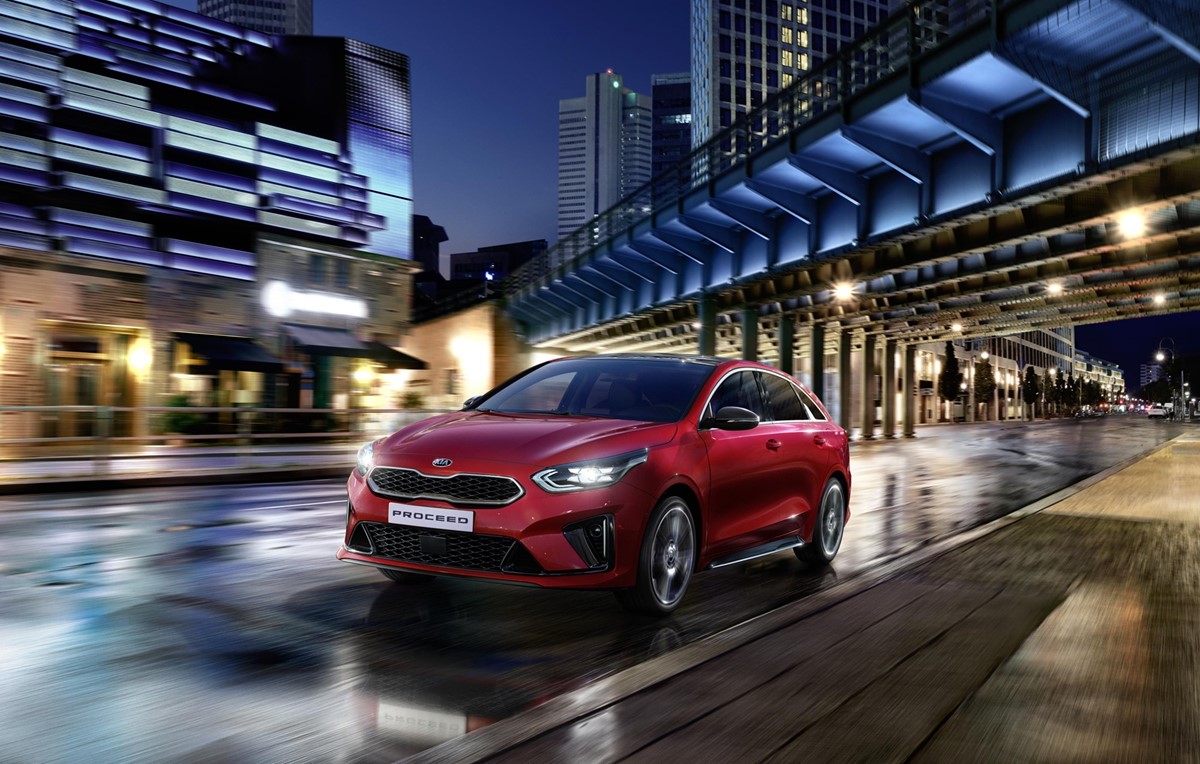 Kia will launch the all-new ProCeed and high-performance Ceed GT at the start of 2019, with both models starring at the Paris Motor Show in October.

The ProCeed is a ‘shooting brake’ estate with coupe-like styling and a large luggage compartment.

It is lower and longer than both the Ceed five-door hatchback and Sportswagon on which it is based and will be available as a GT-Line or high-performance GT model.

There is also a 136PS 1.6-litre diesel version available.

In GT form, the ProCeed is powered by a 1.6-litre T-GDi engine, identical to that found in the Ceed GT (see below) - producing 204PS.

The rear of the car is what differentiates it fully from other models in the Ceed range, inspired by the layout of the 2017 Proceed Concept.

From launch, the ProCeed will be available in a choice of 10 paint finishes. The ProCeed GT-Line will have 17- or 18-inch alloy wheels, while ProCeed GT models are fitted with 18-inch wheels as standard.

Inside the cabin, the ProCeed features the same cabin as the recently launced Ceed.

It benefits from a series of changes designed to introduce a sportier ambience to the cabin. The grey roofliner of the Ceed and Sportswagon is replaced with black cloth and the door sills feature metallic scuff plates.

Built around the same suspension system found in the Ceed and Ceed Sportswagon, the ProCeed offers a unique state of tune compared to its siblings. Drivers can expect agile handling. 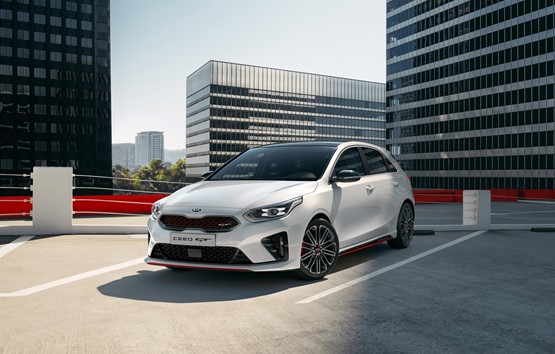 Also making a debut at the 2018 Paris Motor Show will be the Ceed GT.

Featuring a powerful 1.6-litre turbocharged petrol engine, the Ceed GT will be a halo performance model for the line-up.

Available exclusively in Europe, sales will commence in the first quarter of 2019.

The Ceed GT features a sporty exterior design to differentiate it visually from other models in the Ceed range.

At the front, a new bumper incorporates larger air intakes and gloss black trim along the base. In profile, it is finished with a glossy chrome window surround and features more substantial side sills, finished in gloss black and red. The standard 18-inch alloy wheels feature a new castellated centre cap finished in red, and house red brake calipers.

At 135mm, the ride height is reduced by 5mm over other Ceed and Ceed Sportswagon variants.

The Ceed GT features a series of changes to its cabin to separate it from non-GT models in the Ceed family line-up, with a sportier interior.

A black roofliner and D-shaped steering wheel bearing the ‘GT’ logo, as well as aluminium pedals as part of the package.

Front passengers in the Ceed GT are held in place by Kia’s new sports seats. Created exclusively for the model, these seats provide larger, firmer side and thigh bolsters. Seats are trimmed in black leather and suede, and finished with red stitching and a red-stitched ‘GT’ logo in the seat back.

The performance hatchback sits 5mm lower than the standard Ceed. In addition, the standard Electronic Stability Control (ESC) system has been carefully retuned to offer keener drivers more freedom to exploit the increased agility and enhance the yaw rate of the rear axle.

Acceleration and emissions data will be released closer to the 2019 on-sale date, pending homologation later this year.