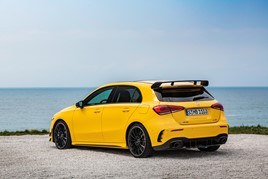 Nearly half (44.5%) of new car buyers expect manufacturers to discount their new models from the advertised list price, according to new data from What Car?

A survey of 3,400 UK car buyers saw 44.5% of car buyers search for an ‘entry’ or ‘best’ price online before taking the next step to visit a dealership.

Rachael Prasher, managing director of What Car?, said the figures show how deposit contributions have now become an essential and accepted part of the new car buying process.

Mercedes-Benz topped the dealer discounts with £3,908 average discount across its model range – more than £1,000 on average than its traditional German executive brand rivals with Audi offering £2,980 and BMW £2,693 between September to November. As would be expecte, budget brand Dacia was found to offer the lowest discounts in the same period, with buyers receiving £112 off a new model.

The fall in discounts can be partly explained by the new European-wide WLTP type approval test that has caused some manufacturers to reduce model availability across countries.

UK dealers were also known to cut back on discounts to boost their profitability in 2018.

Prasher said: “Although the consumer leaves the showroom with a PCP or PCH, they still compare deals based on discounts not monthly payments earlier in the sales cycle online as that’s easier for them to comprehend.

“And with the average buyer comparing more than one model at that stage, it’s not a big leap to see the influence of headline discounts in swaying a decision even before they’ve engaged a dealer.”

The small car sector saw the smallest discounts according to What Car?. At the end of November, the average discount on a new small car stood at £946, a fall of nearly 20% since September.