Seat UK was celebrating an improved performance in the NFDA Dealer Attitude survey as enthusiastically as the unveiling of its new El Born electric vehicle (EV) at the Geneva Motor Show 2019. 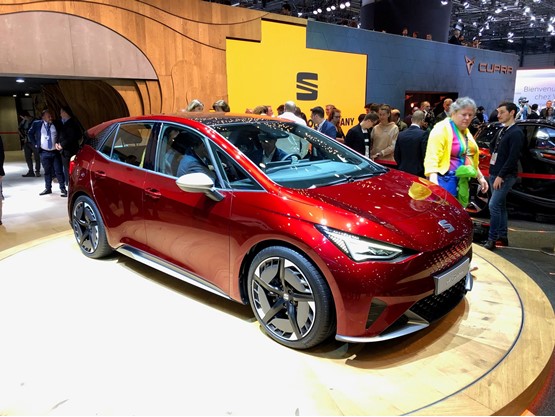 UK managing director, Richard Harrison, said “it was great” to read the results of the National Franchised Dealer Association’s Dealer Attitude Survey Winter 2018/2019 and said that the endorsement of retailers had come as a result of an ongoing push to improve profitability.

Seat’s franchisees scored the brand an average of 7.2 across all questions (up from 6.1) with its ‘overall rating’ of 8 (up from 6.7) moving it into fifth position in the biannual survey.

Its ratings across all questions delivered a swing of 39.4 points on the Summer survey, in which it slumped by 31.3 points from the previous questionnaire.

Harrison said: “Last year we hit out target of a 2% return on sale figure a year earlier than planned. It was great to move into 5th place after spending the last two surveys in 6th and I’ve no doubt that attitudes have been improved by the volumes and, perhaps more importantly to our retailers, the profitability that’s been achieved.”

Harrison said that profitability has always been a core part of the brand’s UK strategy, which had been built in an incremental and sustainable way in the same fashion as its registrations.

At the Geneva Motor Show Seat gave an insight into its future model strategy with the unveiling of its first full electric vehicle (EV), the El Born hatchback.

Set to be the second Volkswagen Group product to utilise the new MEB vehicle platform – following the launch of Volkswagen’s ID, which is due to be unveiled later this year – the new model is expected to deliver 201PS and be capable of a 260-mile range.

Also potentially challenging the Seat dealer network’s capacity for vehicles in its showrooms will be the Cupra Formentor, which was also unveiled at the show.

While considered a concept at this stage, the first vehicle to be designed and built specifically for the Cupra brand looked like the finished product.

Seat said that the performance SUV was fitted with a plug-in hybrid powertrain capable of a pure-EV range of around 30 miles.

So far, 25 Seat retailers have invested in the Cupra corporate identity for their showrooms, which includes the appointment of a “Cupra champion”, Harrison said, although all Seat retailers are still able to sell the brand’s products.

Harrison said that the two separate brands had resulted in a possible nine vehicle range, following last week’s launch event for the new seven-seat Tarraco flagship in time for the March ‘plate change, but added: “They don’t all have to be accommodated in a retailer’s showroom, but they do need to be made available to potential customers.”

Harrison added that 2019 would bring with it a new suite of digital technology to help retailers in their efforts to showcase the expanded offering.