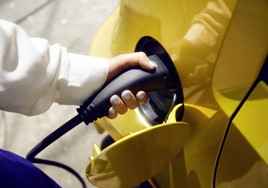 Volkswagen will reveal a new version of its electric e-Up city car at the Frankfurt motor show, with a longer range and lower pricing.

The new model will be able to cover 160 miles on a full charge, thanks to an increase in battery capacity to 32.3kWh from 18.7kWh.

It will go on sale early next year, with prices starting from around £23,000. Once the Government’s plug-in grant is applied, the price should drop to below £20,000.

Boosting the range by more than 60 miles when compared to the old model, the new battery takes around 60 minutes to charge from zero to 80% when using a 40kW charger.

Using a new mobile app, the charging process can be scheduled in advance, initiated or stopped via smartphone. The app can also be used to operate the stationary air conditioning system.

Volkswagen says the e-Up is fun to drive as a result of its battery pack being buried in the car’s floor, giving a low centre of gravity and good weight distribution.

The electric motor develops 82PS, which gives the car a zero to 62mph acceleration time of 11.9 seconds and a top speed of 80mph.

A ‘Style’ variant will offer even more features and further personalisation options.

The e-Up shares a platform with the Seat Mii electric, which is expected to launch at the same time. Both cars use the same battery and offer the same range.

Rivals will include the new Renault Zoe and new Smart ForTwo and ForFour EQ models, which are also billed for a Frankfurt debut, plus the Peugeot e-208 and Vauxhall Corsa-e

Volkswagen said it plans to increase the production volume of the e-Up “significantly”, with economies of scale helping to reduce the price.

Following the car’s debut at Frankfurt, the e-Up will arrive in dealerships in Spring 2020. 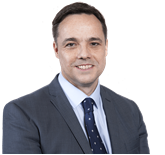