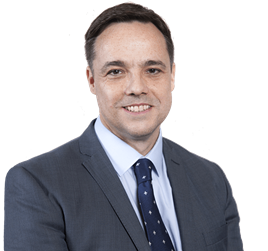 Franchised car retailers have a role to play in disproving the challenges of electric vehicle (EV) adoption if consumers are to wholeheartedly adopt new AFV technology, writes Mike Morris, chief executive of Nexus Infrastructure and its subsidiary eSmart Networks.

As we all know, the shift to electrification away from traditional combustion engines is well underway, with registrations of new electric vehicles (EVs) rising by 61.7% between June 2018 and June 2019.

We believe this demonstrates that the dealer and the consumer is not yet ready to fully commit to the electric vehicle future.

The Deloitte Global Automotive Consumer Survey 2018 revealed that the lack of charging infrastructure and concerns over the driving range of electric vehicles are seen as the main issues when purchasing an electric vehicle.

It is our belief that to reach the tipping point, the UK will need to significantly invest in charging points and infrastructure to fulfil the needs of the increasing number of electric vehicles. This will require government support.

As part of the electrification of our roads the end user mindset also needs to develop, losing its anxiety and having confidence in the charging infrastructure.

This can be achieved in a number of ways.

Firstly, franchised dealers, who according to the recent NFDA Consumer Attitude Survey, are seen as trusted and expert in what they do, need to help educate the consumer to disprove the above challenges highlighted within the Deloitte Global Automotive Consumer Survey.

Secondly, infrastructure businesses, such as eSmart Networks, with commitment from the UK Government, need to rapidly roll out electric vehicle infrastructure to help us reach the tipping point and at the same time demonstrate the effectiveness of our ultra-fast charging 350kW infrastructure.

Overall, this goes some way to support the ‘Road to Zero’ ambition to see at least half of new cars be ultra-low emission by 2030.

As experts in infrastructure, we are continuously speeding up installation and reducing the pressure on the grid through alternative approaches and the use of technology, gearing up for the widespread uptake of electric vehicles.

A recent example of our work was an installation for a bus depot which saved the end client £1 million and 6-months in time on reinforcement, through developing a more creative technical solution.

In support of this, the tipping point will be reached when the cost of owning a petrol or diesel vehicle is greater than owning an electric vehicle.

Currently, it is unclear when this will be, however the key factor in reaching the tipping point is when the consumer understands the lifetime costs of owning an electric vehicle compared to the one-off cost upon purchase.

It is our opinion, that owning an EV is already generally cheaper over time. We will continue to work with consumers and business to drive change and demonstrate that owning an electric vehicle is cheaper than a combustion engine.

The government commitments set out above, we believe, will drive change in fleet and company car dynamics, which will in turn after two or three years push second hand EVs into the consumer market making them more affordable and therefore popular with the consumer.

We believe we are close to this tipping point. There is visible progress being made, such as the £500 million commitment by the UK Government to Jaguar Land Rover electric vehicles. However, the UK Government needs to be clear in its plans post 2020 as we move along the ‘Road to Zero’.

Franchised dealers need to use their expertise to educate consumers on the market and we, as infrastructure installers, need to keep innovating to protect the grid and reduce installation costs while matching the supply of new electric vehicles in the market.