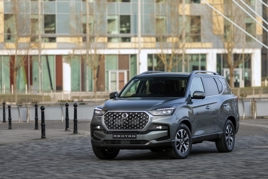 SsangYong Motor UK has hailed its return to profitability after seven years of losses as a “major milestone” in a year of restricted new car supplies and continued COVID-19 disruption.

“After suffering badly from the impacts of COVID in 2020, the business has made excellent progress in 2021 and has achieved its target of returning to profitability for the first time in a number of years,” its annual report stated.

“The fact that this major milestone for the business has been achieved during a year when vehicle supply from the SsangYong factory in Korea has been restricted all year has been particularly pleasing.”

During 2021 SsangYong attracted 20 new car dealers from the discontinued Mitsubishi Motors in the UK new car retail franchise, the latest being North City SsangYong in Chingford.

SsangYong Motor UK’s report said that a heavily -COVID-impacted 2020 trading period had ended with dealer vehicle stocks being at an all-time low.

Despite its vehicle supply issues, the brand’s UK new car registrations rose by 2.49% to 1,525 vehicles last year, however.

This year should see volumes boosted by the launch of a new version of SsangYong’s flagship seven-seat Rexton SUV into the UK market and the arrival of its first electric vehicle (EV) – the Korando e-Motion.

The launch of the Korando e-Motion will now happen later this year, however, due to ongoing supply limitations.

SsangYong Motor UK’s said that it is now looking forward to the conclusion of the receivership and sales of SsangYong Motor Company following a rocky period for the Korean carmaker.

A planned sale to a consortium led by Edison Motors fell through, partly as a result of Edison only paying 10% of the agreed $254.65m (£202.18m) purchase price.

Chemicals conglomerate KG Group has now been selected as the preferred buyer, with ownership of the OEM expected to switch to the KG Consortium if the deal is progressed, as planned, by August. 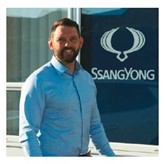