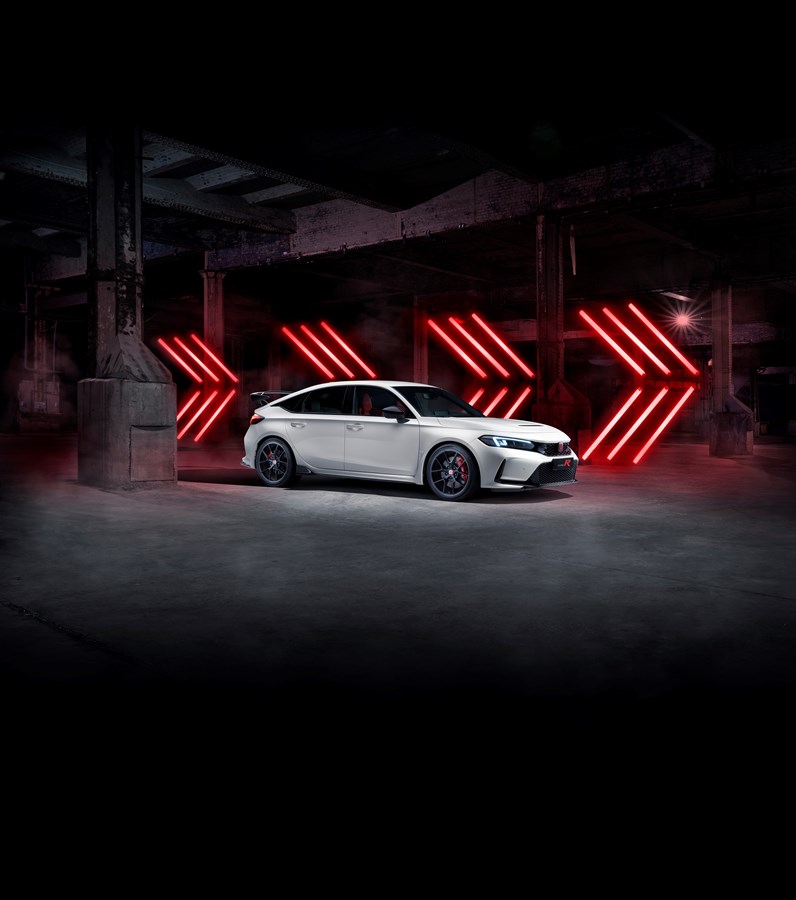 Honda has unveiled pictures and details of the high-performance, Type R version of its new 11th-generation Civic.

Due to arrive in UK dealerships in limited numbers next year, the performance-focused hatchback promises to be the most powerful variant of the model to date.

Technical details about the new Civic Type R remain a tightly guarded secret, for now. What we do know is the powertrain will be derived from the 2.0-litre turbocharged inline-four that was fitted to last model.

Honda has confirmed the new Type R will have an improved power to weight ratio, achieved via a reduction in the car’s weight and tweaks to the powertrain. Buyers can expect a 0-62mph time of less than 5.8 seconds and a top speed in excess of 169mph.

Improvements to the six-speed manual gearbox are said to provide slicker shifts, while changes to brakes promise better cooling.

From the outside, the new Civic Type R differentiates itself from mainstream derivatives with larger air intakes, a bonnet scoop and a large rear spoiler. The car retains its triple exhaust outlets, from the previous model, housed between a new rear diffuser.

A similar overhaul inside sees the fitment of red sports seats, a sportier steering wheel and bespoke digital instruments.

The 11th-generation Civic went on sale in the UK earlier this month, with prices starting at £29,595. It’s powered by a new hybrid engine, which supports the Japanese carmaker’s ambition to expand its line-up of electrified models from four to nine in 2023.

The Type R version could be the last Honda powered by a combustion engine to launch in the UK.

Prices and specification are yet to be revealed for the Civic Type R, but are likely to be published ahead of its on-sale date in early 2023.