Used car market 'most stable for a decade' in 2015, claims Autorola 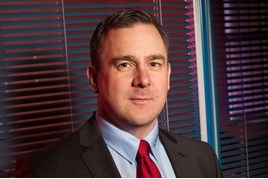 “In the first three quarters of 2015 used prices were as stable as we have seen them since launching Autorola in the UK 10 years ago,” explained Jon Mitchell,  Autorola UK’s sales director.

“Demand and supply were both very consistent right across the year and even when part exchange volumes increased quite dramatically in both April and October after a plate change prices remained very consistent,” he added.

In Q4 however, Autorola experienced a rise in average prices of £502 to £9,360 which was caused by more high value part exchanges being sold online by their prestige brands which they represent.

Mitchell added: “In quarter four we have seen more £20,000 plus stock being purchased online from our prestige manufacturer brand clients which has explained why average prices increased quite dramatically. When you take those cars out of the mix the Q4 average price was closer to that of the first three quarters of the year.”