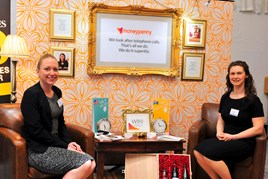 In a like-for-like study of its automotive calls, the UK’s leading telephone answering specialist saw a 25% rise when March was compared to February.

The increase comes as the industry reports a record month for the UK new car market.

Ben Stevens, Moneypenny’s automotive business development manager, said: “We typically see a rise in calls when new registration plates are released, but last month was our busiest yet.

“This reflects the market’s growth and figures from the Society of Motor Manufacturers and Traders which reported that March was a record-breaking month for UK new car sales.”

The report, which analysed all `overflow’ calls answered by Moneypenny’s automotive receptionists, found that call volumes started to rise significantly during the last few days of February and first week in March (February 28th to March 5th).

This continued to increase, with the largest call volume occurring during the third week of March (13th – 19th). Calls also remained buoyant in April, with the 3rd to the 9th accounting for the second busiest week overall.