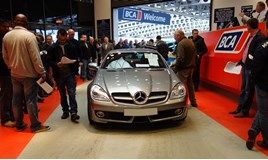 Used car prices rose to a record average high of £8,261 in May, according to BCA monthly Pulse report.

The £103 (1.3%) rise on April represented a 4.6% (£458) rise year-on-year as nearly new vehicles continued to defy predictions of a price slump to perform well throughout the month.

“We are seeing a two-tier market develop where the very best presented cars are attracting a lot of attention from buyers, while poorer condition examples need to be realistically valued if they are to compete.  Ready-to-retail stock is very desirable and it is noticeable how the best grade and specification cars in attractive colours can outperform the rest of the market by some margin.”

“In contrast, vehicles in poor condition and at above average mileage should be carefully appraised and sensibly valued in line with the condition report in order to attract buyers and sell first time.”

Dealer part-exchange cars improved for the third month running, the rise a modest £16 with values averaging £4,490.

Year-on-year values remain ahead by £93 (2.1%), with age rising slightly and mileage declining.

Fleet and lease car values reached record levels of £9,906 at BCA in May by way of a diminutive £7 price rise, the fourth consecutive month-on-month rise.

Retained value against original MRP (Manufacturers Retail Price) fell marginally to 41.9% from 42.1% in April, with age and mileage steady.

Year-on-year average fleet and lease values were up by £187 (1.9%), with retained value static and average mileage and age falling. 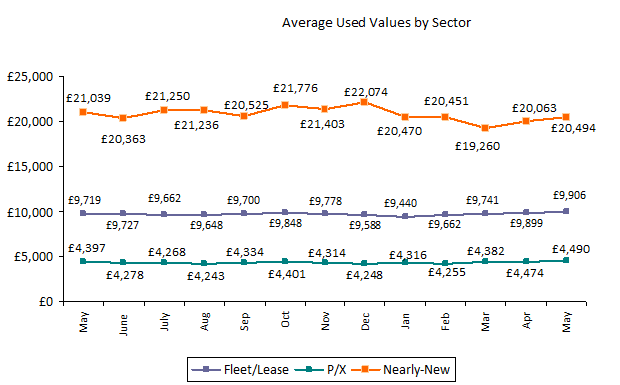 Analysing average price performance by model shape, BCA found that hatchback prices rose by 1.1%, Estates by 2.6% and saloons by 0.7%, although MPVs fell by 2.8%.

Coupes and Roadsters bounced back after some minor price pressure last month, but convertible values fell by nearly 5% as changeable weather took its toll on customer confidence.

Henstock sai that he expected to see seasonal distractions such as Euro 2016, the EU referendum and Rio Olympics all to contribute to a slwower summer market, but added: “History tells us these events have notable if short-term effects on the retail sector and this year will probably be no different.

“Whatever the market dynamics it is vital to price vehicles in line with current sentiment and to fairly reflect the make, model, age, mileage, colour and condition when appraising cars and setting reserves.”