The average UK motor retailer made a profit of £187 in the month of October.

“Compared to the prior year, when retailers made a profit of £7,400 this represents a poor result,” said Mike Jones (pictured), chairman of ASE, which compiled the results from dealer composites.

“We do, however, need to take into account that this result will have been heavily impacted by franchise ‘fast start’ campaigns and retailers are becoming increasingly conservative and only recognising bonus when all of the self-registered cars have been disposed of.”

The pattern throughout 2015 and the first half of 2016 was for retailers to make a modest profit in the first month of the quarter, a large loss in the middle month and then a significant profit in the final month, when the overall result made sense again, he said.

This changed in July 2016 with dealers posting a significant loss in that month.

Compared to this, making any profit in October was a “step forward”.

“It is not surprising that dealers were choosing to prudently hold bonus back with well over a quarter of October’s registrations taking place at the very end of the month.”

“We will, as ever, not see the overall picture until we close the quarter and all of the quarterly and annual bonuses are recognised.

“Whilst we certainly appear on track to hit record registration levels, retailer profitability will have fallen back from the record highs of the prior year.

“As we look forward to 2017, many are predicting a significant reduction in registrations. Given the current pressure to outperform peers, even in minor registration months like November, I just can’t see that happening.” 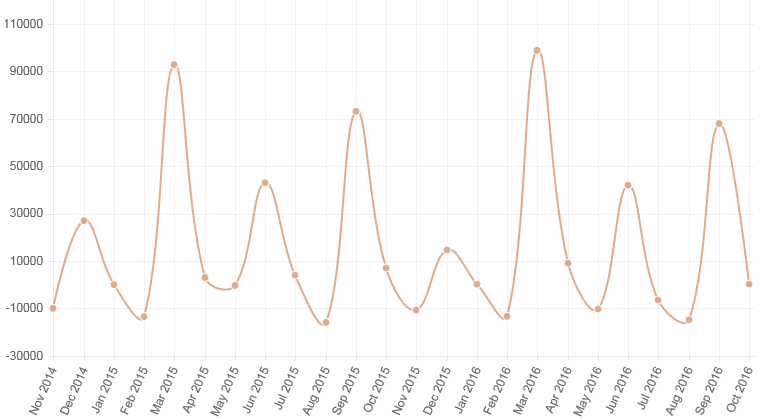