The UK new car market will fall by around 3.5% next year to around 2.6 million cars, predicts Glass’s.

But, while a negative, this will still be higher than any year in the last decade except 2016 (see table below).

Rupert Pontin, director of valuations, said: “We have become used to the new car market growing on a year-by-year basis and when that stops happening, there will inevitably be a feeling of some unease.

“However, if you look at the bigger picture, the fact is that a 2.6m market in 2017 would still be a very good performance in recent historical terms.

“We should certainly not be feeling as though there is any kind of crisis underway and the underlying strength of the economy will be quite good. Conditions are simply likely to become a little more difficult.”

However, Pontin said, 2017 was probably the most difficult-to-forecast year in recent memory, according to the Glass’s team.

“This year has, of course, been one of almost unprecedented political and economic shocks, but the new car market has proven remarkably resilient.

“The question that is difficult to answer is, given that these shocks are working their way through the system, will that resilience continue into 2017?”

Pontin said that Glass’s view was that the economy would remain relatively strong but that a number of effects, notably resulting from the weaker pound, would start to emerge.

“It is very likely that food and fuel prices will increase, which has an unavoidable effect on the amount of disposable cash that people have available. Importantly, the poor exchange rate also makes it more expensive to import cars into the UK.

“However, we expect to see manufacturers and dealers continue to offer some very attractive new car deals, especially based around PCPs, and for there to be a high general level of enthusiasm in the new car sector.” 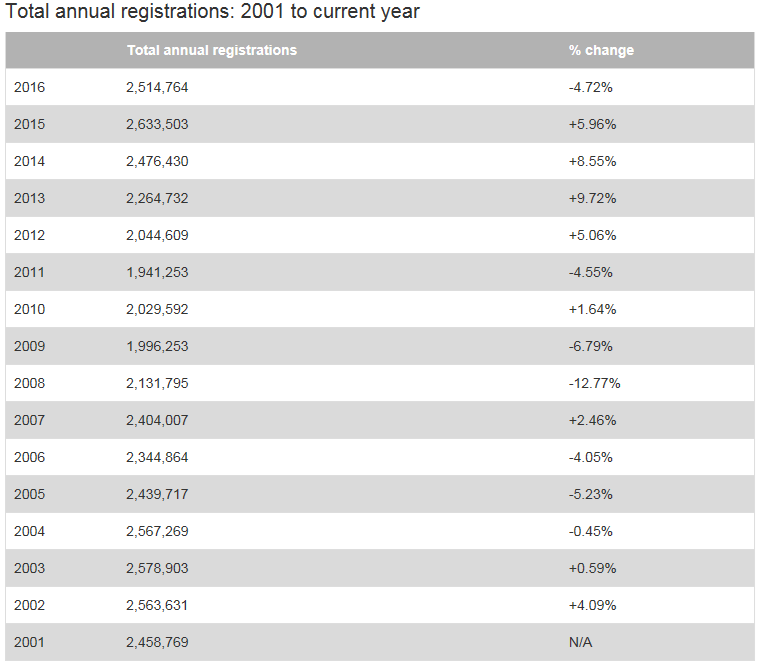