Early 2017 could see a boom in car sales if buyers are to beat new car tax rules that will hike the cost of owning some of the most popular cars from April.

The prediction comes from online car retailer BuyaCar.co.uk, which predicts that in some cases drivers will face higher ownership costs of up to £900 or more over three years.

It’s all because of changes which will see some models in bestselling ranges like the Ford Fiesta, Vauxhall Astra and Nissan Qashqai lose their current exemption from road tax.

There are signs many car buyers are bringing their purchase plans forward to try to beat the change.

When BuyaCar.co.uk recently asked nearly 1,000 people when they plan to buy their next car, the number saying it would be in the next three months had doubled since six months previously.

Many models that are currently exempt will start to attract £400 in tax charges over three years, when a new Treasury scheme comes into place on April 1, affecting any new car registered after that date.

But in the most extreme cases some buyers who choose a car which is currently tax exempt will be charged almost £1,000 over three years.

Buyers of Britain’s cheapest cars will also be targeted by the new system, which will increase tax bills by more than 900% in some cases, compared to the current regime.

Currently, Britain’s cheapest car, a Dacia Sandero, costing £5,995, a buyer will pay nothing in tax for the first year, and £30 every subsequent year.

Some Volkswagen Up owners currently pay just £40 in tax over the first three years. Owners who buy one of those cars after April 1 will pay £420 over the same period – a £950% increase.

“Anyone buying a car after April next year could be in for a massive shock,” said Austin Collins (pictured), BuyaCar.co.uk managing director.

“We’re currently selling a lot of these cars on finance packages that cost little more than £100 a month, so owners will effectively have to fork out the equivalent of an extra month-and-a-half’s payments every year.”

And BuyaCar.co.uk has also seen a big rise in the number of people planning to change their car within the next three months – but it’s possible that some will be unable to beat the change, thanks to the time it takes to receive a new car from the time it is ordered.

“The waiting list for some popular cars is close to 16 weeks, so time is really running out to order a new car in time to avoid the tax changes.

“We are currently still able to obtain most cars and deliver them to a customer’s door in time, but it won’t be long until we’re telling buyers that they’ve missed their chance.”

The current tax scheme is based on carbon dioxide (CO2) emissions.

Any car emitting an average of less than 99g of CO2 for every kilometre that it drives is currently exempt from car tax.

The new rules slash that exemption which, after April 1, will only apply to vehicles with no CO2 emissions at all - mainly electric cars.

Drivers of any other car will pay £140 in tax each year, apart from the first year that it’s on the road, when tax will still be calculated on CO2 emissions.

It gets worse for anyone buying a car with an official price of more than £40,000.

They will face an annual ‘wealth tax’ for cars between the ages of one and six years, taking their bill to £450 a year.

A buyer of a new Land Rover Discovery Sport HSE Black, delivered before April, will pay £390 in tax over three years.

The Porsche Panamera 4 E-Hybrid is currently exempt from tax, but from April the bill over three years will surge to £925.

“The new scheme is flawed because it doesn’t take account of the actual sold price,” said Collins.

“Everyone knows most cars are rarely sold at the list price because there are often huge discounts available. So when we’re selling a £40,000 car for £35,000, why should a customer have to pay a wealth tax?

“It’s also going to be expensive for people who buy extremely efficient hybrid cars with low emissions, like the Toyota Prius: they’ll be paying tax at pretty much the same rate as someone who buys a big SUV.”

The changes are expected to earn the Treasury more than a billion pounds a year more from 2020.

Car tax revenues had been decreasing, as more fuel efficient cars came onto the market.

The Treasury finally stepped in when one in five new cars sold in 2015 was efficient enough to be tax exempt, according to the Society of Motor Manufacturers and Traders. 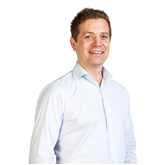