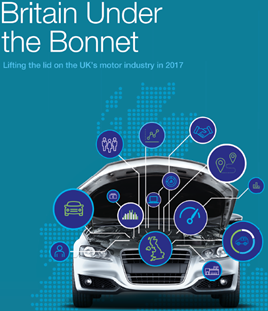 Dealers say business is booming and expect to prosper in 2017 despite the pro-Brexit referendum vote – and millions of consumers saying it has altered their car buying plans.

A new report published today by Close Brothers Motor Finance, Britain Under the Bonnet, says the majority (65%) of dealers said they expected their business to grow in 2017 and beyond.

Nearly half (42%) of dealers say their business is performing better than before the referendum vote, which runs parallel to the better-than-expected performance of the economy in general.

But with 28 million drivers* currently planning to purchase a car or replace their current vehicle in the next three years, 4.7m said the Brexit vote has made it more likely to choose a used car, opt for a cheaper model or hold-off buying entirely.

Jonathan Adshead, who runs Thornton dealership Adsheads Car and Van Solutions, told researchers: “Brexit has had a big impact. Trading levels have been challenging for the last six, seven months, with less people coming to the forecourts than we would’ve liked.

“What we’ve found is that the only people who have been changing their car are those customers who urgently need to.

“People are frightened of change generally, and in times of uncertainty want to keep hold of their money until the outlook is bit more clear. In that sense, it’s been very similar to the lead up to a General Election, but with more uncertainty – a lot of which is being made worse by the media.

“Despite this, I’m optimistic about the future of our business.

“We’ve been going for 50 years, and our foundation is built on good old-fashioned values of honesty, trust-worthiness and transparency.

“Customers are not just seen as one-time visitors, but individuals who, over time, become good friends.

“This is key to our success and, in the long run, I feel these qualities will overcome any temporarily challenging market conditions.”

Dealer outlook for 2017 - threats and opportunities

James Broadhead, Close Brothers Motor Finance chief executive, said: “The automotive industry is unquestionably one of the leading lights of the British economy, with turnover in 2016 totalling a record £71.6 billion.

“But despite having been an undeniable growth industry in recent years – with seemingly endless records set for car registration numbers – it’s difficult to dispute that we are entering into uncertain times for our industry, especially now Article 50 has been triggered.”

Nearly half (43%) of the UK’s car dealers surveyed for this report cited a potential recession as the biggest threat to their business. Brexit was second (36%) and changes in consumer behaviour third (28%).

Almost half of dealers (47%) see new finance products as providing an opportunity for new business – and changing consumer behaviour as a positive (33%).

> The figures in this report are based on Close Brothers Motor Finance’s own data, a telephone survey of 445 UK car dealers between September and October 2016, and a consumer survey of over 2,000 UK adults, weighted to be nationally representative.

Respondents included more than 1,200 car owners in the UK. The survey was conducted in October 2016 by Opinium.

> Read Britain Under The Bonnet