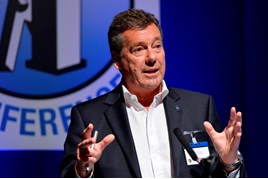 Brexit will have an adverse effect on new car prices according 57% of motorists who responded to a survey of consumers carried out by Kwik Fit.

The study revealed that 17% of drivers predict prices will increase significantly whereas only 3% believe that Brexit will cause a decrease with 13% of the 2,043 participants stating that the Brexit vote had made them more likely to buy a British-built car, while 71%  say it has made no difference.

For 3% Brexit has actually made them less likely to buy a British-built car.

While 35% expect to see a rise in used car prices only 5% expect the value to decrease.

Kwik Fit’s communications director Roger Griggs (pictured) said: “The cost of motoring is understandably a major concern for people as the country prepares to leave the European Union and this perhaps is one reason for last month’s fall in new car sales. While Brexit may make people think twice about buying brand new, drivers must keep up with maintenance and ensure their car is safe to drive and running efficiently."

Other areas for concern for motorists following the vote to leave the EU, include: petrol costs (53%), replacement parts (51%), insurance (43%) and servicing (40%).