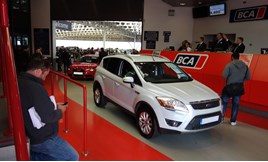 Used car prices at BCA auctions rose to a record high for the third month in a row following a marginal 0.4% increase during November.

The remarketing specialist’s monthly Pulse Report showed that the headline average used car value rose by £40 to £9,404 during the month as demand improved from October and a change in model mix saw BCA handle “a larger percentage of higher value corporate stock”.

Year-on-year, the headline figure was up by £773, the same figure as October and equivalent to an 8.9% increase. 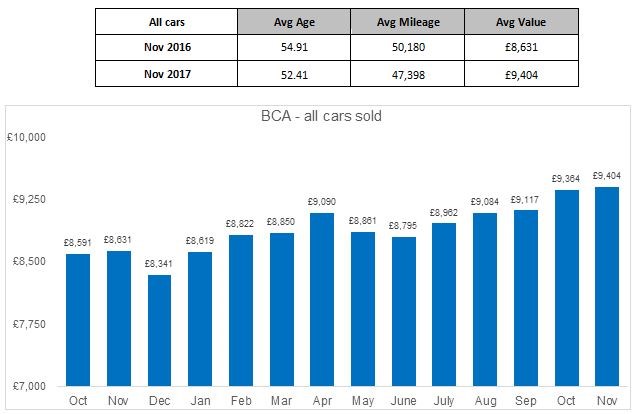 BCA reported that the “usual seasonal market trends” saw some pressure on values for poorly presented, higher mileage vehicles, however values for fleet/lease and dealer part-exchange vehicles remained at near record levels.

“Poorer condition, older and higher mileage examples need to be accurately appraised and valued in line with market expectations “

Average values remained at near-record levels in the fleet and lease sector, BCA Pulse stated, with the November figure of £10,643 being the fourth highest ever recorded by BCA.

Retained value against original MRP (Manufacturers Retail Price) was 42.30% as year-on-year values were up by £620 (6%).

Average dealer part-exchange values were little changed at £4,702 during November, the third highest value on record.

The Pulse report said: “Once again, looking at the longer trend, values have climbed steadily during 2017 with average age and mileage remaining consistent.”

Year-on-year part-exchange values were ahead by £103, equivalent to a 2.2% uplift.

Values for nearly-new vehicle values rose in November, from £17,853 to £18,445.  Model mix has a significant effect in this very low volume sector, with brand specific winners and losers.