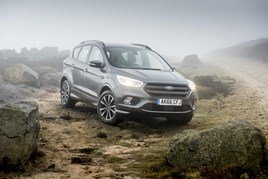 Petrol-powered versions of the family SUV proved most popular when fitted with a manual gearbox found favour in the month, which followed October’s fastest-seller accolade for the Ford Ka hatchback.

The Kuga was followed into second and third place by the 2015 Hyundai ix35 (petrol manual), and the 2014 Hyundai i10 (petrol manual) – both took an average of 21 days to leave UK forecourts – in a strong month for Hyundai. 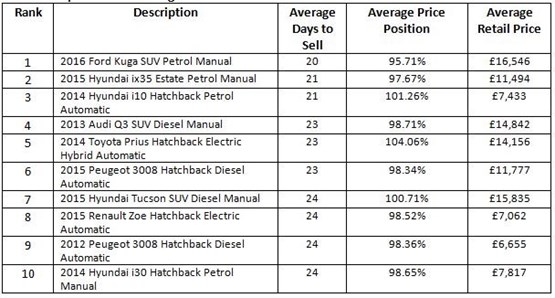 Hyundai’s UK President and chief executive, Tony Whitehorn, said: “To have four Hyundai models in the top ten fastest selling used cars is a real testament to how far we have come as a brand in the last few years.

“With continued investment in our model range, we are able to offer consumers new and used models that are both desirable as well being good value for money.”

Karolina Edwards-Smajda, Auto Trader Retailer & Consumer Products Director, said: “Following on the heels of the Ka taking the number one spot in October, it’s great to see the Blue Oval in the number one position once again this year. However, November’s real winner is the Hyundai, impressively taking four places last month.”