Lower margins and decreased overhead absorption as a result of lower aftersales gross profits and higher overheads were blamed for the result.

ASE also reported that back end bonus levels were down year-on-year, despite the efforts of some manufacturer’s to soften the blow of declini8ng new car sales for their franchised partners.

Mike Jones, ASE chairman, said in his report on the month’s financial performance for UK car retailers: “As we noted through the year, some franchises were enabling the early recognition of these bonuses throughout the year and there was a natural impact of the lower level of new vehicle volumes compared to 2016.

“This combined to move December from a bumper profit month to just below breakeven.”

While the return on sales percentage has dropped to a level not seen since June 2012, ASE reported that overall profit levels were up 69% on this period because of “a change in the profile of retailers and a huge increase in average retailer throughput”.

Jones said that there were signs for optimism for 2018.

At the time of compiling his report, Jones said that “preliminary results show the new vehicle market being down less than feared for January,” adding: “Given the strength of the first quarter in 2017 it was reasonable to expect us to be significantly down year-on-year, maybe into double digits, however this is not going to be the case.

“This potential improvement in new car outlook, combined with huge potential in aftersales and used cars, could well lead 2018 to be better than expected.” 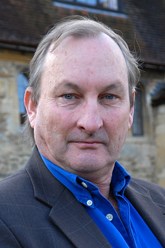