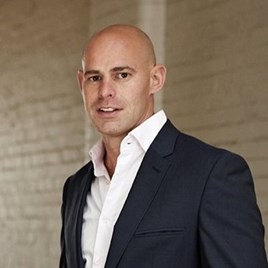 Increased economic uncertainty in the run up to the UK’s upcoming General Election has been blamed for a slow-down in recruitment for automotive sector job roles.

Res5rach compiled by the CV-Library showed that the number of job advertisements in automotive fell by 13.8% month-on-month as the UK gears up for its fourth general election since 2010.

Comparing job market data from November with the previous month and the same period in 2018, also revealed that the automotive industry experienced the second largest drop in vacancies month-on-month (20.1%), beaten only by a 27.2% decrease in the retail sector.

CV-Library said that, despite this drop, average salaries for new roles in the automotive industry increased by a steady 1.2% year-on-year to £34,136 per annum.

Lee Biggins, the chief executive and founder of CV-Library, said: “We know that the automotive sector is going to be impacted by Brexit one way or another, so it’s not overly surprising to see a drop in vacancies.

“In the face of such extraordinary political uncertainty, companies have no choice but to hold back on hiring new talent and this isn’t unusual at this time of year.

“With the UK set to make a monumental decision in less than a fortnight and the fate of Brexit hanging in the balance, many organisations will be waiting for the dust to settle before moving forward with their hiring campaigns.

“But as we approach a typically busier period for recruitment, we hope to gain some clarity on how we will navigate through these tumultuous times.”

CV-Library said in its research findings that it isn’t just employers putting on the brakes this month.

Job applications to new automotive roles fell by 3.1% year-on-year, painting what is called “a worrying picture for the industry”.

The industry also experienced a 16.6% month-on-month drop in applications in total across the month – the third highest drop across all industries.

Biggins said: “It’s important to remember that while these numbers are certainly exacerbated by the current political climate, this time of year is usually quieter for recruitment across the board.

“Because of this, it’s a good time to take stock of where your company is currently at and start thinking about your future hiring needs.

“In doing so, you’ll ensure that you’re ready to recruit when the dust has settled after the general election and when many candidates will be looking for a change after the Christmas period.”