Car dealers achieved their lowest return-on-sales (RoS) figure since 2011 in 2019 after rounding off a “tough” year with a £1,700 loss in its final month, according to ASE.

Data published by the automotive retail sector consultancy as part of its monthly compilation of the sector’s profitability, showed that the average UK car retailer produced a loss of £1,700 in the month of December, compared to a profit of £2,900 during December 2019.

ASE chairman Mike Jones, who compiles the data, said: “Whilst not a huge financial swing, this movement shows the tough year retailers have had to endure in 2019 with lower new car volumes impacting bonus earnings.” 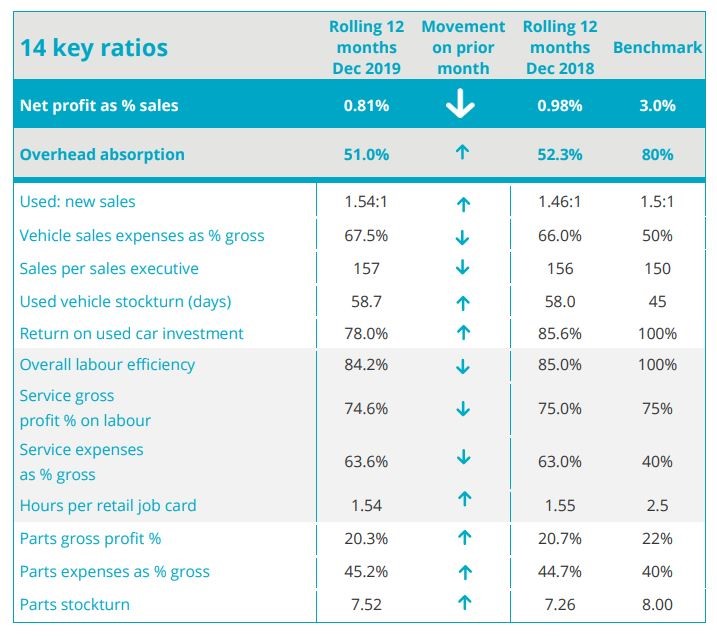 Car retailers finished 2019 with an average overall return on sales down at 0.81%, the lowest year-end position seen since 2011 according to ASE.

Average retailer profitability also fell during the year “despite a number of late rescue packages as brands sought to support their retail networks”, it said.

ASE once again pointed out that retailers have increasingly focussed on used cars to fill the profitability gap as new car retailing has become more challenging.

December did see a rise from 78% to 85.6% in the key return-on-investment (ROI) ratio for used cars, following a couple of months of decline, as retailer profit generated increased.

Jones said: “Whilst still below the prior year ROI, this was a result of increased stock as overall profit from used in the year rose.”

In aftersales the story was less positive, with overall labour efficiency, service gross profit on labour and hours per job card all declining, however.

Jones warned that, despite some post-election positivity, there might be more confidence -sapping negative publicity set to affect retailers’ fortunes as 29020 progresses.

Summing up his monthly profitability report and delivering an outlook on market conditions in the months ahead, he said: “We have already seen a slight bounce to retail activity following on from the decisive election result.