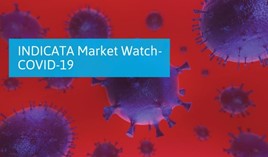 The easing of car retail COVID-19 coronavirus lockdown restrictions in Austria and Germany have delivered ‘no strong signs’ of a used car market bounce back, according to Indicata.

Indicata’s Market Watch report has revealed that Austria used car sales volumes had risen to half its April norm after it became the first country to ease lockdown restrictions for the motor industry on April 12.

In Germany dealers opened for business on 20 April. During its 2020 peak it saw 16,500 sales per day, falling to 5,500 during lockdown where dealers saw restricted used car trading.

Indicata said: “Very early signs of life are starting to emerge which follows a similar trend to Austria.”

Austria’s typical run rate of 1,300 used car sales per day fell to 300 during the lockdown, but within just seven days has risen to 730 used cars, which is just over half of its original level.

Jato said that, while China’s automotive sector appears to be on-course for a V-shaped recovery, the pattern in Europe is likely to be more protracted – producing a U-shaped outcome. 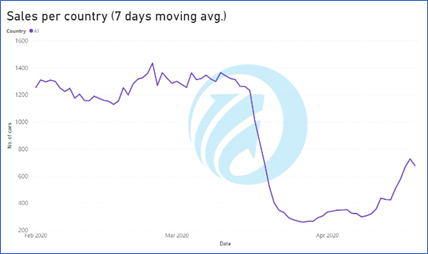 Indicata said that its data suggested UK used car industry is still mainly closed for business with prices down by just 0.1% over the past few weeks.

But it said that the “green shoots of recovery” were in evidence in other European countries where demand was being fuelled by used car price cuts in markets coming out of lockdown.

Cap HPI and Auto Trader have been among vehicle valuations specialists urging retailers not to adjust their vehicle stock prices downwards during lockdown in a bid to maintain the market’s stability.

Today, Cazana's director of insight, Rupert Pontin, said in his market report that up to 60% of UK car dealers had continued to alter their used car prices during lockdown, however.

In its report, Indicata said: “Market Watch tracks used car sales volumes and price changes by country on a real-time basis, and data from the 19 April shows positive signs that car dealers coming out of COVID-19 lockdown are reviewing and re-pricing their stock, which is helping fuel consumer demand. This is evident in Sweden, Austria, The Netherlands, Germany and Denmark.”

It added: “Although these trends are positive, there are no strong signs yet that the used market will bounce back quickly to previous levels.

“Heavily locked down countries such as the UK, Spain, France and Italy are yet to see dealers start trading and respond to a fall in consumer demand by changing their pricing strategy and sales remain very low.”

Commenting on trends seen in its data from other European used car markets, Indicata said that dealers in Denmark, who had been allowed to trade during lockdown, had seen signs of increased used car demand as consumer confidence improved over the Easter bank holiday, with used car sales reaching their highest for four weeks.

In the UK, Spain, France and Italy the majority of dealers remain closed with minimal used car trading.

In Spain we are seeing a reduced number of used cars listed for sale online as dealers reduce their advertising costs while the market is still so restricted.

In The Netherlands, Sweden, Poland and Turkey used markets have stabilised to varying degrees.

The Netherlands has remained stable with sales at 60% to 65% of normal levels, with the Easter weekend seeing a spike in sales.

Turkey is now being restricted by a series of short-term lockdowns, but its used market is still performing better than many others in Europe.

Poland’s initial sharp drop off has stabilised supported by the Government easing market restrictions, meanwhile, as Sweden remains the strongest market during the pandemic performing at 90% of its previous levels, predominantly due to fewer Government restrictions in place.

Belgium showed a small increase in cars removed from the internet as, like Spain, dealers opted not renewing their advertising subscriptions.

Portugal continues to reinforce the difficulty of the used market for some countries badly affected by COVID-19.