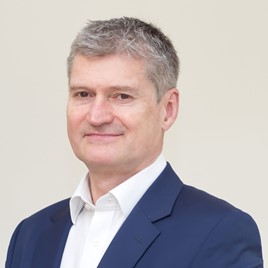 In the life of every war correspondent that I have read about, from Marie Colvin to John Simpson, there has always come a time when they could no longer simply observe and report the tragedies unfolding around them, but were driven to participate and to influence what they were watching.

Providers of used car prices have observed and reported on used car values in this country for almost 90 years.

In the days of yore when the one-eyed man was king, publications such as Glass’s Guide did indeed do more than just observe as their prices were self-fulfilling prophecies that heavily influenced market prices.

These days are long gone, although that doesn’t stop the expectations from some quarters that these providers should try to “steer” the market with their monthly pricing updates.

In the month that has passed since lockdown, businesses such as CAP and Cazana have proactively engaged with their customer base to share their insights on what is happening, and to varying degrees they have shared some of their thoughts on what will happen to used car prices over the coming months.

Making even short-term forecasts in these current times is extremely challenging, as the assumptions that must be made regarding the elements that drive pricing will naturally have high levels of uncertainty.

Prices are driven by the relative movements of supply and demand, and so small movements in those two components are amplified in their impact on prices.

From forecasting to shaping the future

With future used car values having a major impact on the financial life or death of many dealers and other automotive businesses over the coming months, is now the moment for those providers of used car prices to switch away from observing and predicting impending slumps and towards participating, influencing and trying to minimise those impending slumps?

If I draw a parallel with the country’s plan to tackle the COVID-19 pandemic, multiple groups of scientists had developed rival solutions to model the future development of the virus in the UK, and forecast the impact of different strategies on deaths and infections.

Once the scale of the crisis was clear, the scientists shared those models with one another and with scientists in other countries as well as with the politician decision-makers, thus collectively helping to optimise the outcome.

Science and Data are key tools to combat COVID-19

Following this same approach, I propose that in this exceptional situation our industry forecasters set aside their competitive differences and work together to jointly develop and implement a plan to minimise the pain caused by both a general lowering of used vehicle prices and also by high levels of volatility in pricing and supply.

They understand better than anyone which are the critical factors in both the supply and demand side to which prices are most sensitive, and they better than anyone have the relationships with the manufacturers, the finance houses, leasing companies, auction houses, daily rental operations and, of course, the dealer groups.

I am not naïve enough to believe that businesses will take decisions that will significantly damage their shareholders’ interests, but if those businesses are helped to understand better the broader implications of their actions, for example a rushed re-marketing of their vehicle fleets, they can then pursue different actions that are in the best long term interests of their collective stakeholders, including their customers and their communities.

Well thought through and joined-up plans will help to minimise job losses and business failures across the industry.

If one takes the example of PCP returns to a manufacturer’s captive finance house after 36 months, everyone could gain from a joined-up set of actions, potentially including consumer incentives to extend by six months; lowered optional final payments; rigorous application of auction reserve prices; consultation with dealer groups to optimise the vehicle profile being remarketed.

Any many far smarter ideas that a team of industry-leading experts could develop.

The Queen put it perfectly when she said that we all want to be able to take pride from how we responded to this challenge, and I think that such a display of collective leadership would be a huge source of pride for those businesses now and long into the future.

CAP, Cazana, Glass’s et al, over to you.

Car dealers' collaboration could be key to COVID-19 survival, opinion

Car dealers' collaboration could be key to COVID-19 survival, opinion