Apprenticeship recruitment in the automotive sector has fallen by 75% in June 2020 new data from the Department for Education (DoE) has revealed.

Apprenticeships in vehicle maintenance and repair also appear to be the hardest hit, with an 87% drop year on year.

In light of the findings, the Institute of the Motor Industry (IMI) has urged businesses to ensure they are capitalising on levy funds.

Steve Nash, chief executive of the Institute of the Motor Industry (IMI), said: “Whilst it is disturbing to see such a sharp decline in apprentice recruitment, it is perhaps understandable that in the current, exceptional circumstances employers’ focus is very much on recovery.

“Sadly, in many cases that has meant having to realise efficiencies, including the closure of some operations and redundancies.

"It is understandable that in these circumstances the focus has switched away from future workforce development, including the recruitment of apprentices.

“Notwithstanding this, many automotive employers are still contributing to the apprentice levy, and seeing unused funds clawed back by the Government.”

Arnold Clark chief executive, Eddie Hawthorne, told AM that the car retail group’s apprentices will see their training “set back by a year” as a result of the COVID-19 crisis.

Nash said that he has represented the case to government that the Levy clawback should be suspended for two years, which would allow levy funds to accumulate so employers can refocus on apprentice recruitment, once through the recovery phase.

He said the discussions are ongoing with ministers within the Department for Education and supported opposition MPs.

Nash said: “In the meantime we are encouraging employers to use rather than lose their levy money, making full use of the additional support funding announced in the Chancellor’s emergency budget last month.”

At the start of lockdown, the IMI launched free learning resources to automotive sector apprentices to ensure they conitnued learning while on furlough. 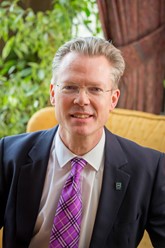