New registrations in the light commercial vehicle (LCV) sector remain 27.4% down year-to-date despite a growth of 26.4% in September, the SMMT has reported.

The LCV market remained below normal levels, down 6.6% on previous five-year September average as 52,096 vans, pickups and 4x4s were registered in the month – up some 10,880 units on a weak September 2019.

And while SMMT chief executive, Mike Hawes, said that the UK’s LCV sector had shown “incredible resilience” amid the market pressures brought by the COVID-19 crisis and Brexit, more than 80,000 van and pick-up sales have been lost so far in 2020. 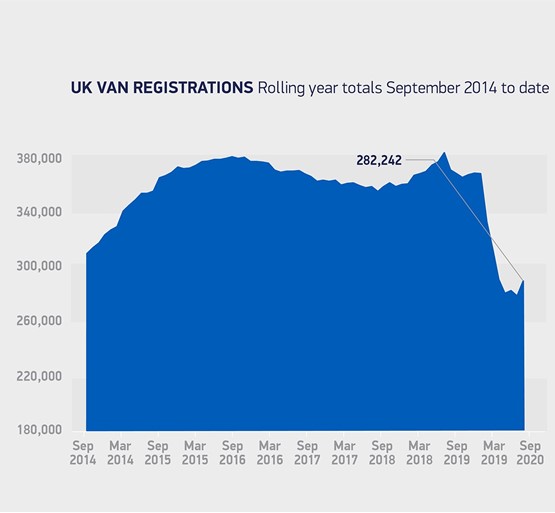 Hawes said: “The sector has shown incredible resilience throughout the ongoing crisis and September’s numbers indicate some confidence is returning as operators seek flexibility and lower operating costs.

“However, the context of these figures is important as the headline growth belies a very weak September 2019 and is still short of the rolling average.

“From new social distancing restrictions, to job losses as the furlough scheme comes to an end next month, and the ticking clock that is the end of the Brexit transition period, the next quarter holds myriad challenges for the industry.”

Following warnings from some car industry analysts last year, the introduction of RDE2 regulations in 2019 did impact supplies of LCVs and cars to retailers, a point highlighted by significant year-on-year growth for certain brands in yesterday's SMMT car registrations data for September.

The SMMT reported that the resulting distorted view of September LCV registrations had seen nearly all segments deliver double digit increases year-on-year, with the only exception being small vans weighing less than or equal to two tonnes, which decreased by 2.5% (74 vans). 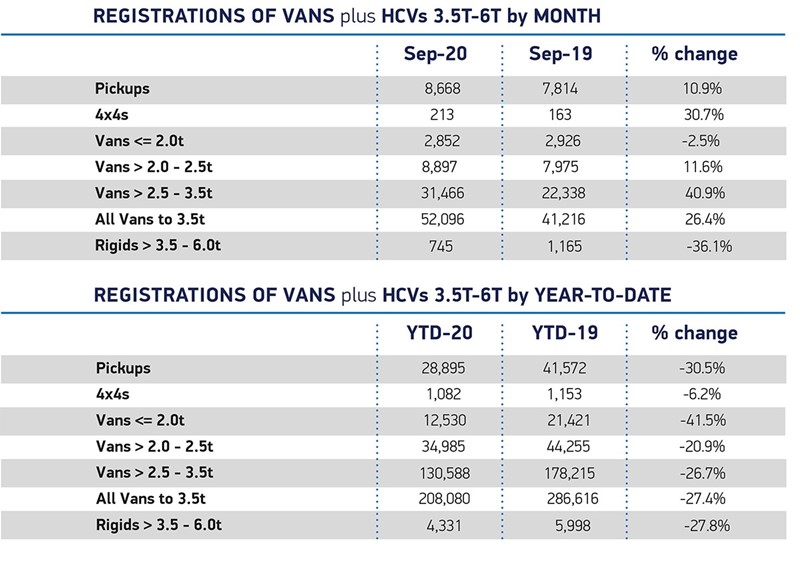