'Future of automotive retail is at a crossroads,' says McKinsey Automotive 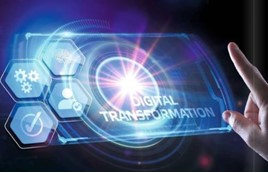 Car manufactuerers and their retail partners should use COVID-19 as a catalyst to a new model for automotive retail, according to a new report by McKinsey Automotive.

The report, ‘A future beyond brick and mortar – disruptive change ahead in automotive retail’, interviewed key stakeholders from the OEM, dealer, mobility and tech industry, as well as 3,000 consumers across Germany, the US and China.

It predicts several potential future outcomes for dealerships, driven by the increased focus for OEMs to invest in e-commerce technology and direct new car sales.

It said: “In light of COVID-19, OEMs and their retail partners are at a crossroads and should use the rising momentum to accelerate their transition into the future of automotive retail, which goes far beyond simply moving their operations online.”

One scenario includes maintaining the status quo, with OEMs building on dealers as an entrepreneur, keeping dealerships as the key element in the overall retail network.

The second, which has been largely predicted by the industry in the UK already, is that dealers will act as an execution agent, with OEMs largely in charge of new car sales.

The third is an even more radical scenario with the OEMs fostering competition between dealers, rental companies, leasing companies and mobility providers to act as new car order fulfilment agents.

The report said: “The third option is the ultimate stress test.

“Dealers would either hand back their franchise or transform it radically into a cost-efficient service provider, that stays competitive against specialised mobility players.”

McKinsey suggests that for OEMs to take this route, they would need to diligently prepare alternatives early on, “as dealers will likely take decisive actions to defend their business or change franchise as soon as they are confronted with new realities”.

The report added: “While this model vastly increases OEMs’ ability to steer the network and slash costs through enforced competition, it also deprives them of the ability to leverage their networks for wholesale activities.

“The loss of this lever effectively forces OEMs to move additional volumes into other channels, such as fleet or rental, or move entirely from a push to a pull only model.”

However, McKinsey also argues it would enable OEMs to quickly enter new markets in a lean and cost-efficient way – without building a network of franchise dealers first. This is a model being taken by brands like Lynk & Co.