The UK Government’s reinstatement of the VAT margin scheme for Northern Ireland’s used car retailers has “cut-off” a logical supply route to the Republic of Ireland.

MHA MacIntyre Hudson VAT director Glyn Edwards told AM that “the line has to be drawn somewhere” as the National Franchised Dealers Association (NFDA) and NI retailers battled to find a solution to a post-Brexit tax issue which was set to add 20% to the cost of every vehicle imported from the mainland UK.

But after Michael Gove MP announced in the House of Commons last week that the return of the margin scheme to NI traders still operating within the EU customs union – bringing an end to the market crisis – Edwards has sought to highlight the issues that remain. 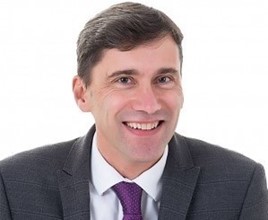 Describing the “Irish border problem that remains”, Edwards said: “The government has ‘updated’ its guidance on moving goods from GB to Northern Ireland. A crucial change is a new requirement to collect VAT from customers in the Republic of Ireland where delivery is routed through NI.

“The idea is that the supplier stands in place of Customs and collects import VAT from the Irish importer despite the fact that the export itself is zero-rated.

“HMRC have not made clear what rate of VAT should be charged or how to treat sales which would ordinarily be invoiced without VAT in the UK, such as margin scheme sales of cars.”

Summarising the used car market issues that remain across the Irish Sea, Edwards has noted:

Edwards said: “It’s another example of the impossible position of Northern Ireland being in two single markets.”

Dealers joined the NFDA in celebrating the reinstatement of the VAT margin scheme just last week.

Margin schemes enable traders of used goods, such as vehicles, to pay VAT based on the profit earned from the resale of those goods, rather than the entire value of the good.

This benefits consumers as it makes used cars more affordable, as the amount of VAT they pay is far smaller compared to the 20% they would pay for a new vehicle.

Without it the price of used car imported from the mainland UK – understood to be around 10,000 vehicles annually – would have faced 20% price rises.

Commenting shortly after hearing the UK Government’s resolution of the issue, Sue Robinson, chief executive of the National Franchised Dealers Association (NFDA) said: "Following our significant lobbying efforts, it is extremely positive that the Government has confirmed HMT and HMRC will reinstate a margin scheme which will avoid an immediate price increase for thousands of second-hand vehicles and the resulting detrimental impact on dealerships and consumers in Northern Ireland as well as Great Britain.

“While we welcome today’s announcement, we urge the Government to establish as soon as possible a system allowing dealers to backdate margin scheme claims.

“We look forward to continuing to work closely with the relevant Government departments to provide feedback on the issue on behalf of franchised dealers.”