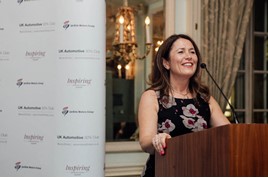 Women in car retail are losing out disproportionately during the COVID-19 pandemic as they step back from their careers amid the pressures of home schooling and stereotypical household responsibilities.

Author, chief executive of Gaia Innovation Ltd and Automotive 30% Club founder, Julia Muir, said that car retail sector leaders have a responsibility to protect the place of female employees in their business or face the prospect of “losing out” when showrooms re-open and market growth returns.

Miur said it was “definitely the case” that women’s jobs were suffering greater detriment than their male counterparts during the current crisis, pointing to the findings of ongoing studies to back up her assertion.

“In the US there has been 156,000 jobs lost and 16,000 gained, but of the net, the 140,000 job losses were all women,” she told a CDK Global-sponsored Q&A interview with Marshall Motor Holdings chief executive Daksh Gupta at the recent AM Live Virtual event.

“The reason behind that is that the women are still stepping up to do the stereotypical roles, all the home schooling, ‘holding the fort’ back at home.

“You hear women say ‘my husband’s job is more important than mine’, which isn’t what an employer wants to hear.

“Employers must be working to ensure that women aren’t detrimentally affected.”

Gupta said that Marshall had been prioritising gender balance in its workforce for the past six years.

The top AM100 group now has three female members of its PLC board – almost 30% - and has seen its proportion of women in sales executive roles grow from 6% to 16%.

Gupta said that this wasn’t enough but added: “We have momentum now and we are seeing the benefits.”

This week Autocar launched its Great Women: Rising Stars 2021 initiative, inviting nominations from across the automotive sector ahead of a virtual awards event on February 15.

Miur said that, despite the growing profile of the need for gender balance in the automotive sector, there remains a disparity between car retail leaders that see the benefits and those who don’t.

She said: “It’s interesting to see how those leaders in the sector that had already seen it as a strategic imperative to make a more profitable business are powering ahead.

“They aren’t dramatically affecting their female employees, instead looking at flexible and agile working, they’re looking at furlough schemes.

“But I think at the other side of the coin are the leaders that, perhaps, haven’t still recognised the business case for gender balance and inclusion and are therefore not necessarily keeping their eye on the ball with it.

“They will be the ones that lose out in the end.”

Miur said that a shift in staffing priorities when the current COVID crisis eases will see pro-active employers reap the rewards of inclusion policies.

She said: “There will be a race for skills as we get back on track and growth opens up again.

“There will be a potential over-supply of skills in the marketplace might not be what are needed.

“Those businesses who set themselves up as inclusive employees will be best placed to have their pick of those people.”

Hunt is on for motor industry's inspirational women

Hunt is on for motor industry's inspirational women 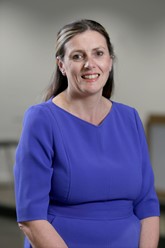