Cox Automotive has warned UK car dealers not to be ‘blindsided’ by the automotive retail sector’s headwinds after the optimism on an April sales resurgence.

Insight and strategy director, Philip Nothard, has said that retailers will have to be prepared to alter their prices and maximise profits in the weeks and months ahead as shortages of semiconductor microchips stall new vehicle supplies and the flow of used car stock into the market.

Nothard said that the challenges could “leave the market reeling until deep into 2022”.

He said: "Retailers need to remain vigilant in the months to come and not be blindsided by this early optimism.

"The new car market is undergoing some of the most severe raw material shortages for decades, with semiconductors, aluminium and rubber at a premium.

“Manufacturers are reporting real challenges with some forced to halt production and others considerably slowing down volumes.

“This could have a more significant impact on the vehicle retail sector than coronavirus itself.”

Nothard added: “With new-car supply limping, there will be fewer part-exchanges available for dealers to take advantage of, triggering a reduced supply of used cars into the market.

“Furthermore, fewer cars will go into fleet channels, affecting de-fleeting and will continue to affect used supply. These challenges could well leave the market reeling until deep into 2022.” 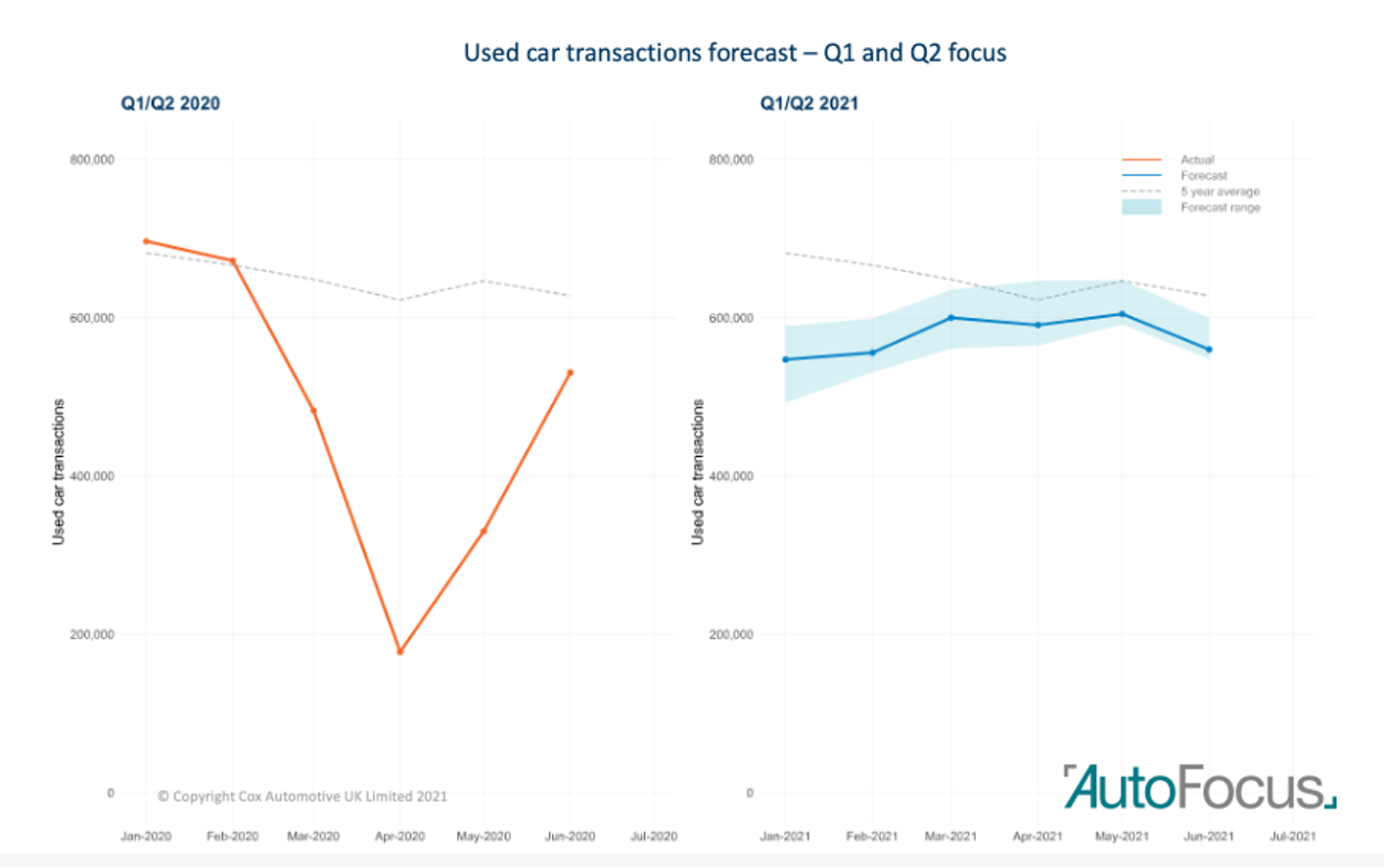 Lavery told AM100 PLC’s used car stock was at its lowest point ever, due to a shortage of volume, as the impact of new car supply shortages were felt.

Cambria had a single stock vehicle remaining in one of its franchised brands, Lavery said, just days into May.

The 141,583 new car sales reported by the Society of Motor Manufacturers and Traders (SMMT) delivered a 3,177% increase year-on-year.

However, despite a much-needed boost in UK new car sales from pent-up demand, Cox Automotive is urging caution with significant disruption expected in the next few months.

Nothard said: "While we've had a great short-term boost to vehicle retail, dealers should not expect supplies of either new or used stock in great numbers any time soon.

“This means that maximising profitability is critical. The sector mustn't be afraid to raise prices to counter the effects of supply disruption.

“Pricing to the strength of the market rather than looking simply at the profit margins on each car will put dealers in a strong position to ride out this difficult period."