Car retailers delivered a record return on sales of 2.13% in the rolling 12-month period to June 2021, according to the latest market data from ASE.

The result was not the only positive news in a set of sector KPIs which also showed that an average loss of £55,000 suffered by the average car retailer as the UK emerged from its first COVID-19 lockdown was translated into a £100,000 profit in the last month of H1.

ASE has issued a cautionary warning about the remainder of the year, however.

And ASE said: “Costs are set to rise in the second half of 2021 with the ending of the government’s rates support and the winding down of the CJRS furlough scheme.

“We can also expect to see increased franchising costs as brands look to push out new programs. With new cars in short supply, this looks set to provide a double hit to profitability.” 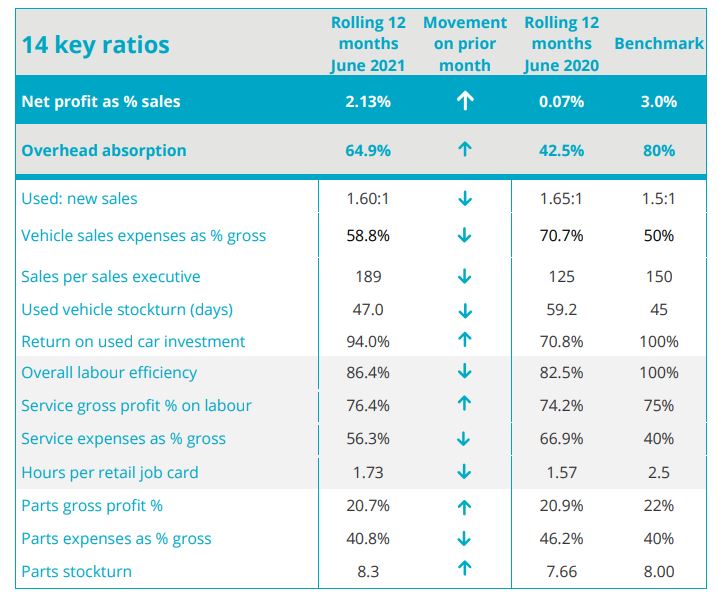 ASE’s report said that H1 2021's record-breaking KPIs marked the end of a “phenomenally successful first half of the year” in which retailers recorded record profits on the back of a strong retail market, healthy aftersales and reduced costs, primarily through government COVID support.

While new car supplies have been stymied by the global semiconductor shortage, the knock-on impact of low used car availability has helped to boost margins for many car retailers.

Speaking to AM following publication of Marshall Motor Group’s record-breaking first-half results this week, its chief executive Daksh Gupta admitted: “We’ve ridden the sector tailwinds. We’ve done well in a period where used car prices were appreciating, which is an unprecedented set of circumstances.”

Swansway director Peter Smyth, meanwhile, said: “Recent months have seen a once-in-a-lifetime set of circumstances for most car retailers, with used cars appreciating in value. If you can’t make a profit in that climate then there is something seriously wrong with your business model.”

ASE reported that the majority of franchise composites showed a return on sales of over 2% for the first half of the year.

It added: “This, combined with the healthy finish to 2020, sees rolling 12-month return on sales hit 2.13%, the highest we have ever reported. This is a direct consequence of increased profits being compounded by a fall in turnover.”

According to ASE’s data used car return on investment had risen to 94% for the rolling 12-month period to the end of June and would be sitting at 151% if just measured over the past three months.

“We have seen profit per unit continue to increase and stockturn shorten, reflecting the current stock shortages”, it said.

“With limited new car self-registrations, this situation looks set to continue into 2022.”