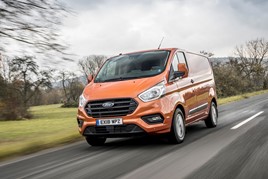 The new van market has found itself in the unprecedented situation where something as ubiquitous as a Ford Transit isn’t available until after March 2022.

As a result, some fleet customers or rental companies are selling their used vans for more than they paid for them.

Tradespeople have seen demand boom with “lockdown savers” looking to splash out on home and garden improvements.

Online retail was big before, but the ability to order anything straight to your door became even more convenient as high streets and shopping centres closed across the UK.

It’s created a situation where used van prices have spiked by more than 20% and factories making new vans are scrambling to satisfy the explosion of orders for businesses that need to rapidly scale up.

Average LCV values rose £558 during June and a further £187 in July to reach £10,120, its highest recorded average monthly value on record. 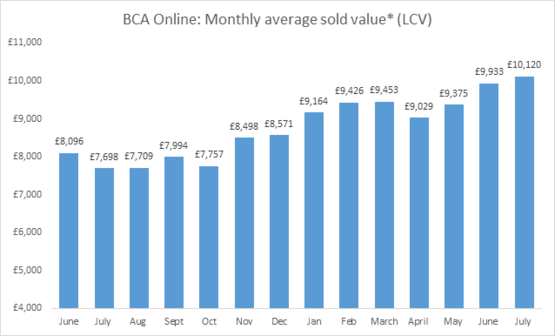 Geoff Flood, Aston Barclay LCV national sales manager, says that, while some sales are achieving 130% of Cap, the panic buying from four or five months ago has started to die down.

He says: “There was a point where buyers were pretty much taking anything regardless of age and mileage. That has eased off and buyers are becoming more picky and discerning. However, if it’s a van they know they want, they will go after it aggressively.”

Specialist vans like dropsides, tippers and Lutons are achieving big values at auction due to the lack of availability on new conversions. 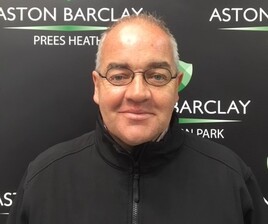 Flood doesn’t expect used van values to start to balance out until at least Q1 or Q2 next year.

He says: “These are unprecedented times and if you don’t have the experience of working in the LCV market, now is not the time to start. Those with experience will be able to navigate their way through.”

Tony Raymond, head of procurement at M Group Services Plant and Fleet Solutions, one ofthe largest fleets in the UK with around 3,500 vans in operation, says: “Getting hold of stock has been a massive challenge. There is a huge shortage due to the issues with semiconductors and factory suppliers.

“Many OEMs have just stopped making some models. We’re just running our vans for longer, sometimes up to nine-to-12 month extensions. Or we’ll hire additional vans through rental, rather than replace.”

Simon Elliott, group commercial vehicle director at Marshall Motor Group, said that while his business, like many others, is facing a difficult situation on getting hold of stock, new van sales are up 88% (outperforming the market which is up 76% yearto-date, according to the latest Society of Motor Manufacturers and Traders data) and margins are 75% higher than on cars.

Marshall has 17 van dealerships across the group (prior to its Motorline acquisition) and the company has been recruiting more van sales specialists across its business, which represents Volkswagen, Mercedes-Benz, Ford, Peugeot, Vauxhall and Nissan commercial vehicles.

Elliott has also recruited a used commercial vehicle buyer to help manage the flow of stock and the prices the business is paying.

For customers that need vehicles quickly, Marshall has been able to supply a pre-owned 12-month-old vehicle, with one fleet customer recently taking 10 nearly new examples, rather than waiting for new stock.

He said: “The predictions on production demand were all wrong because no one allowed for all the people that were working remotely and looking to spend on home improvements.

“The demand for the trades is significant. I know some tradesmen aren’t quoting for work until as far ahead as 2023 now.” 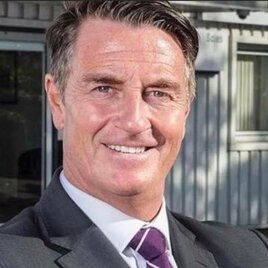 He said: “If demand starts to quieten down, we’ll have high priced, high volumes of used and the new stock could be rushing towards us when demand is low.”

Elliott said that if the question was posed three months ago about when used van prices will start to ease off, he would have been certain it would be before the end of Q3.

However, he says: “Some of the OEMs are in a position where their factories can’t get hold of the smaller components they need from suppliers. It’s not just the semiconductor shortage that is causing delays.

“I would have thought by September stock would be flowing again. But it’s not getting any better and the majority of brands are now quoting 2022 for new supply.

“We’re getting vehicles coming through, but they’re satisfying customers that have pre-ordered in March or April.

“Any new orders are going to be very late this year or early 2022.”

He says: “There will be a point in time where we will run out of product. When people read this article, they’ll also probably think ‘oh my God, we need to run out and buy more vans now’ and the cycle continues.”

There is a general lack of visibility on when retailers can expect new van stock. This has meant customer expectations and frustrations are having to be managed accordingly.

Elliott says: “When we ask what’s happening with orders there’s a lack of visibility on when new stock will arrive and that’s not very helpful. We would like better forecasting for our allocation from manufacturers. Then we can tell our customers and maintain a level of satisfaction.

“If the stock allocation is real, customers will place orders. If customers don’t know when their order is going to arrive, they won’t order and then neither can we.”

Bridge confirmed that on certain Mercedes-Benz models there is no certainty on quantity of supply, but there are others where the picture is a lot clearer. 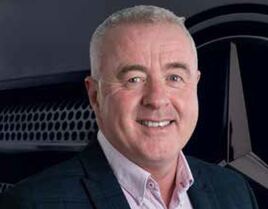 He says: “I wouldn’t like to paint the picture that the business is in disarray. It just means in some cases we have to be innovative and deliver a vehicle with perhaps one item of the wish list missing.

“If we’re dealing with organisations that want 300 vans by March 1, it could be an issue. If we have people that need a van by next March it’s not beyond the wit of man to solve that for them.”

Mark Barrett, general manager at Maxus, said the e Deliver 3 and 9 have not been as greatly affected by the global semiconductor shortage, with parent company SAIC, able to sufficiently manage its supply chain at its multiple production facilities located outside Shanghai.

However, Barrett has said that while SAIC may have only missed around two months of production due to the pandemic, it has still been difficult to find shipping slots to get product over to the UK.

Barrett says: “It’s certainly helped that we have better availability on stock so those customers that have a target in place to switch to electric have been considering us.”

Andy Eccles, Mercedes-Benz Vans head of fleet, acknowledged that dealers and customers may be frustrated, but everyone in the industry is experiencing delays.

Eccles says: “We’re all in the same boat in terms of the shortage of semiconductors, but the difference for us is that we haven’t stopped production.

“So, we’re still kicking out stock and getting it over to the UK, but they’re sitting in a compound waiting to be retrofitted with the right microchip part before we can deliver.”

It’s a different story on EV supply, with Eccles confident that electric van production will be fulfilled and there is good visibility on supply.

This is because Mercedes has taken the decision to prioritise the supply of parts for electric van over diesel.

Eccles describes Mercedes’ fleet order bank as “scary” because demand is so high.

He says: “We can’t allocate vehicles to dealers because we don’t know what we’re going to get.

They really don’t have visibility on what and when it’s coming. We are keeping them in the loop as best we can.”

Weathering the storm Bridge said eStar is concentrating on being consultative with clients and taking advantage of the fact it can be a bit more cautious and diligent with its used stock inventory.

He says: “Rather than being desperate to sell all the vans we have in stock we can be more discerning in terms of the way we’re dealing with customers.

“We’re concentrating on order intake and selling from a pipeline.”

Bridge’s teams are being honest with customers and letting them know that production isn’t available until Q1 2022 and “they need to get their towel down early to reserve build slots”.

Marshall is widening its used van stock net to multi-marque at each of its dealerships to help satisfy demand.

Elliott said the group has found a sweet spot with sourcing 12-month-old vans where the mileage and condition is in the right place.

He said: “If you go for older, higher mileage vans, the refurbishment costs are going to be detrimental to margins. There’s a nice middle point we’re focussing on for 12-month-old vans.

“They’ve depreciated to the right level and there’s enough margin left in them.”