Automotive executives have predicted “profitable growth” in the next five years, despite ongoing vehicle supply and staffing worries.

KPMG’s 22nd Annual Global Automotive Executive Survey of 1,118 executives found that 53% are confident that the industry will see more profitable growth, compared to just 38% who are concerned about profit prospects.

But uncertainty remained for the future of the retail landscape, with around three-quarters of respondents predicting that more than 40% of vehicles will be sold directly by automakers to consumers by 2030, bypassing dealers.

Further concern was expressed about the shortage of semiconductor microchips and other components, meanwhile, as the “staffing crisis” explored in the December issue of AM magazine was also highlighted as a source of worry. 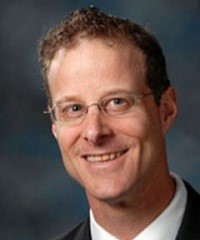 Gary Silberg, global head of automotive at KPMG, said: “It’s encouraging to see such widespread optimism about the growth prospects for the auto industry.

“Car manufacturers have rarely faced such an array of technological and business-model changes since the dawn of the automotive industry 130 years ago.

“Flying taxis, cars by subscription, ubiquitous and fast EV charging stations, big-tech car entrants — these are some of the developments we can expect in the next 10 years.”

While flying taxis may be on the horizon in the distant future, executives told KPMG they are worried about a range of issues affecting the supply chain today.

Over 50% of respondents were “extremely” or “very worried” about the supply of these materials and 55% are very or extremely concerned about labour shortages.

Earlier this month the Institute of the Motor Industry (IMI) said that there will be a shortfall of almost 36,000 EV-trained technicians by 2030 if retraining isn’t addressed urgently.

“Auto manufacturers are competing for talent not only among themselves but also against other industries. We will likely see executives taking lots of time in the coming years to problem solve these risks.”

KPMG’s findings suggested that the popularity and market share achieved by electric vehicles (EV) in the years ahead may depend partly on significant investments in DC fast-charging infrastructure.

According to 77% of executives, consumers require charge times under 30 minutes when travelling.

The survey also found that expectations for the EV market are based on when EVs will reach cost parity with internal combustion engines.

Most believe EVs can be widely adopted without government subsidies (77%), but the majority still support such programs (91%). 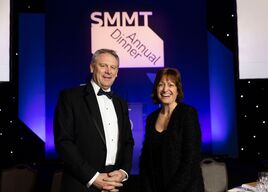 Speaking at the SMMT’s 104th annual dinner last week, he said: “We have invested billions in designing some of the most amazing electrified vehicles – over 115 zero emission capable vehicle models are for sale in the UK right now.

“We have inspired the public to buy these exciting vehicles in numbers never seen before, but here is the twist.

“It is so frustrating to find broken chargers, blocked chargers, multiple apps, confusing payment schemes. This is quickly going to turn a lot of people off electric vehicles and all our work in developing these fantastic vehicles will be wasted.”

Spelling out some of the sectors’ requirements – including training to address a skills shortage previously highlighted by the Institute for the Motor Industry (IMI) – Gillespie added: “We need access to skilled staff. We need free access to markets. We need the right government incentives to develop new technologies and continue to lead the world and help to deal with rising transport and energy costs.”