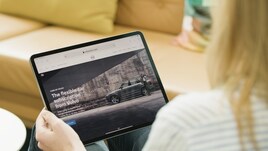 Subscription models could help new car buyers who are hesitant about electric vehicles (EV) make the switch, according to the latest research by What Car?.

The research of 822 of new car buyers found that 45.26% would be more interested in obtaining an EV through a subscription model rather than leasing or financing one as a means of testing the technology first.

Ease of use, ability to swap models and lack of stress were highlighted as key factors by those in favour of subscription models, while those not interested in subscription services said they preferred owning their cars (59.95%), liked to organise their own insurance and roadside cover (15.56%), and were worried about the value for money subscription plans offer (12.81%).

Steve Huntingford, editor, What Car?, said: “Subscription models are a niche in the industry, but as our research shows, they could act as an important tool in furthering electric vehicle uptake for buyers who may be hesitant over the technology.

“This is in particular if the manufacturer allows buyers to swap between internal combustion and electric models during the subscription.”

Subscription services have grown in recent years, as a rising number of manufacturers have added subscription models to their product line-up including Genesis and Volvo.

Care by Volvo, delivered 2,500 cars to customers in its first year, accounting for 15% of all its UK retail sales.

In December 2021, Stellantis announced plans to accelerate its turnover from software-enabled services and subscriptions to €4bn (£3.4bn) in 2026 and €20bn (£17bn) in 2030 as its transitions to a new role as a “sustainable mobility tech company”.

A subscription model allows customers to obtain short-term leases on cars, with insurance, tax and other fees bundled into a single monthly payment and acts as an alternative to traditional leasing and finance.

Subscription packages often allow customers to switch between new models over the duration of the lease.

Car buyers looking to change their car in the coming months are increasingly shopping with a monthly, rather than total, figure in mind, research by AA Financial Services, has found.

The What Car? research showed that subscription services are unlikely to offset traditional finance and leasing soon, as just 2.92% of new car buyers said they were looking to obtain their next car on a subscription model.

However, the framework could help buyers considering an electric vehicle to test the technology before committing to a long terms lease or finance deal, said WhatCar?.