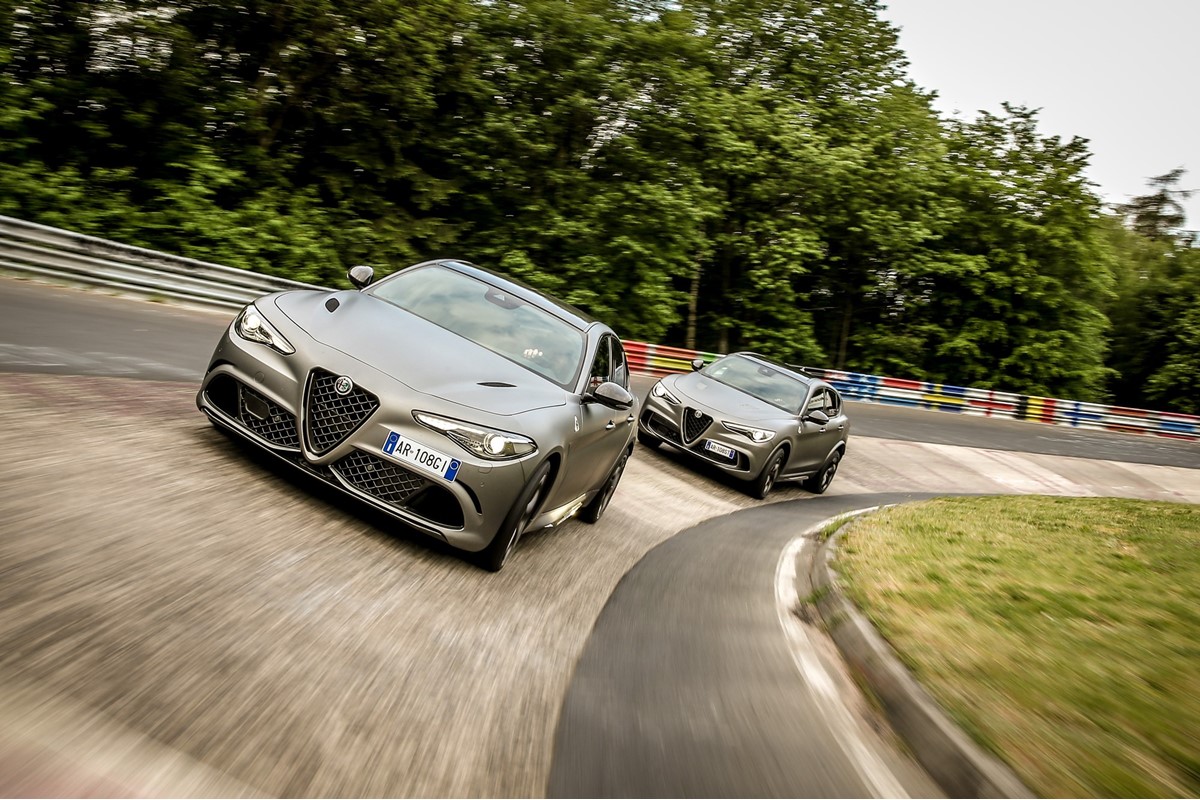 Alfa Romeo has revealed the pricing of its Giulia and Stelvio Quadrifoglio NRING Nürburgring Limited Edition models days before order books open for the high performance saloon and SUV.

Prices for the flagship high performance Giulia and Stelvio will start from £82,500 and £89,500 and the run of 108 versions of each car comes with an ownership package including a 1:18 scale model of the customer’s car, a set of Sparco racing gloves and professional driving tuition at Germany’s legendary Nürburgring racing circuit.

The Stelvio Quadrifoglio NRING is currently the fastest SUV around the track, having set a lap time of seven minutes and 51.7 seconds.

The Giulia Quadrifoglio has a lap time of 7 minutes 32 seconds.

The saloon and SUV NRING special edition models, which will make their UK debut at this weekend’s Goodwood Festival of Speed, with order books opening over the weekend, share the same 2.9-litre V6 Bi-Turbo engine and Q4 all-wheel drive system.

Offering 510PS and 600Nm of torque the Stelvio claims to be capable of reaching a top speed of 176mph and acceleration 62mph in just 3.8 seconds.

The Giulia claims a top speed of 191mph and acceleration to 62mph in 3.9 seconds.

Among the features that distinguish the NRING models from Alfa Romeo’s other high-performance Quadrifoglio cars are carbon-ceramic brakes, Sparco racing seats with red stitching and carbon shell structure and a front ‘V’ grille surround and wing mirror caps are in carbon fibre.

While the Giulia model premieres the new bare carbon roof, the Stelvio is equipped with electrically operated panoramic sunroof.

The two cars deliver a timely boost in profile for the Giulia and Stelvio.

Despite their recent introduction to the range, Alfa Romeo has seen a 6% decline in registrations to the end of June, according to the SMMT.