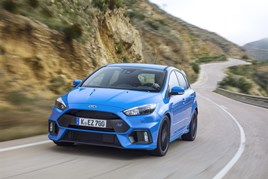 Vauxhall has teased the first images of its forthcoming Mokka electric vehicle (EV) as Ford confirmed that it will not produce another version of its flagship Focus RS high-performance hatchback.

As Vauxhall made preparations for the 2021 arrival of the new electrified Mokka with the publication of heavily camouflaged images of the new model today (April 22), Ford confirmed that it had axed its plans to deliver a hybrid-assisted RS as the hardware needed to deliver its four-wheel-drive system was deemed unviable.

In a statement issued by Ford to Car Magazine, which broke the news of the loss of future new Focus RS models from dealerships, cited 2020/21’s stringent new EU vehicle emissions legislation for the decision to ditch its plans to produce another version of the popular performance model.

It said: “As a result of pan-European emissions standards, increased CO2 taxation and the high  cost of developing an RS with some form of electrification for a relatively low volume of vehicles, we are not planning another RS version of the Focus.

“We remain committed to Ford Performance vehicles in Europe as part of our DNA with cars like the multi-award winning Focus and Fiesta ST as well as our Mustang and Ranger Raptor models.”

Car Magazine had previously reported that the forthcoming Focus RS would feature a 48-volt integrated starter-generator (ISG) mild hybrid system to provide an electric power boost at low revs and a reduction in its CO2 emissions.

The loss of the Focus RS from UK showrooms is likely to place greater emphasis on the new Mustang Mach-E's fully electric take on high performance in the current Ford range. 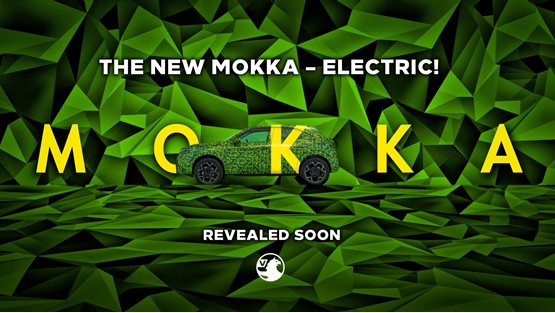 Vauxhall retailers will not have to worry about the emissions of new versions of their big-selling Mokka crossover when that arrives in UK showrooms next year, however.

The compact crossover, which was withdrawn from sale in November 2019 having amassed more than 200,000 sales in the UK, will return with new underpinnings sourced shared with the new Corsa and its PSA Group stablemates the Peugeot 208 and 2008.

As with those vehicles, the new Mokka will be offered as a pure EV.

The brand is also likely to give customers the option of specifying the same petrol and diesel engines as the Corsa.

“Not only does it show that we’re serious about electrification, but also that we’re not afraid to innovate with design, both inside and out of the car.

“The Mokka is still in its development phase now, but it is set to be one of Vauxhall’s most important models when it arrives with customers at the start of next year.”