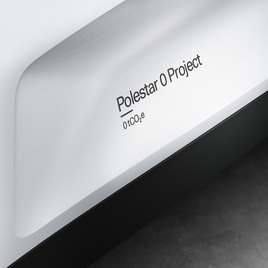 Polestar has outlined its goal to build a car that is truly carbon neutral by the end of the decade.

Fredrika Klarén, Polestar’s head of Sustainability, said: “We’re electric, so we don’t have to worry about combustion engines producing toxic emissions – but that doesn’t mean our job is done.

“We will now work to eradicate all emissions stemming from production. Now is a historic and exciting time for car makers, an opportunity to seize the moment, do better and dare to build the dream of climate-neutral, circular and beautiful cars.”

It follows the publication of life cycle emissions data from electric cars from the manufacturer last year. Polestar found that its Polestar 2 model would need to travel almost 50,000 miles to claw back the carbon deficit created during production over an equivalent petrol SUV.

Polestar’s ‘Life Cycle Assessment’ revealed that the new Polestar 2 leaves the factory with a 26-tonne carbon footprint, compared to 14 tonnes for the Volvo XC40 SUV.

It is larger than the Volvo SUV due mainly to the energy-intensive battery production process, it said.

The report also highlighted the fact that the source of electricity used to charge an EV has a significant impact on carbon emissions.

Companies often utilise carbon offsetting schemes, which usually involve planting trees, to balance emissions caused by production. But, environmental experts have warned that offsetting is not sustainable in the long run.

“Offsetting is a cop-out,” says Thomas Ingenlath, Polestar CEO. “By pushing ourselves to create a completely climate-neutral car, we are forced to reach beyond what is possible today. We will have to question everything, innovate and look to exponential technologies as we design towards zero.”