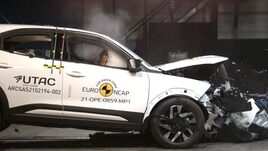 Renault’s new Kangoo and the Vauxhall Mokka SUV have both missed out on top safety ratings in Euro NCAP’s latest round of vehicle testing.

Both were handed four-star taking after the Kangoo was marked down for a “moderate” performance in side impact tests and the Mokka failed to break the five-star threshold in any area.

Meanwhile, Euro NCAP awarded a five-star rating to the Cupra Leon as Mercedes-Benz’s new EQA electric vehicle (EV) and GLA compact SUV were both awarded five-stars based on the performance of the B Class, on which they are based. 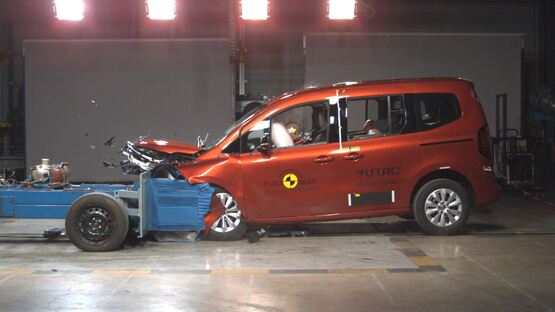 While Euro NCAP said the Kangoo had performed well in crash tests, its score just fell below that required for a top five-star rating.

The Mokka, however, features no standard AEB for cyclist protection and also lacked a centre airbag, Euro NCAP noted.

“With the Kangoo, Renault has launched a respectable successor that performs well in general and lacks only a centre airbag as far as state-of-the-art protection is concerned.

“Stellantis seems to accept lower performance in general, and the new Mokka lacks some critical safety systems that have become increasingly commonplace by now.

“The latest edition clearly lacks the ambition of the previous Mokka that was a runner-up of 2012 Best in Class in the Small Family category.”