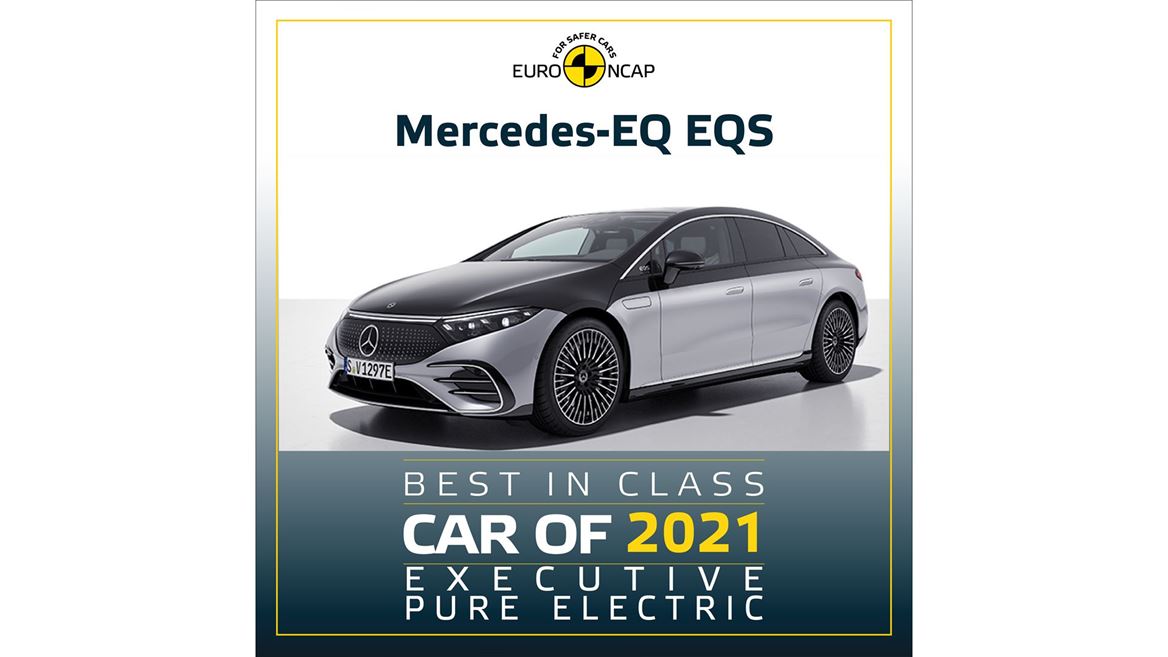 Euro NCAP has identified the highest performing cars in its 2021 safety tests, with the announcement of its Best in Class award winners.

A total of nine new models were recognised across six categories and celebrated in a crash test video compilation, which can be viewed below.

The shortlist of 2021's safest new cars was compiled from 22 newly-launched vehicles that achieved a maximum five-star rating last year.

The Mercedes EQS emerged as best in the Executive Car and Pure Electric categories, narrowly beating runner-up the Polestar 2.

In the Small Off-Road category, the winner is the Nissan Qashqai with an “outstanding” performance in active safety, according to Euro NCAP.

The award in the Large-Off Road category goes to Skoda’s first all-electric SUV, the Enyaq iV.

The Toyota Yaris Cross took the top spot in the Small MPV category, while the Skoda Fabia was the best Small Family Car.

Michiel van Ratingen, secretary general at Euro NCAP, said: "2021 was a tough year for the car industry: a shortage of parts, semiconductors in particular, was the sting in the tail of the Covid crisis, affecting development timelines, production and sales.

“Still, we saw quite a number of new car models coming to the market, many of them electric or hybrid, and many of them achieving five-star ratings despite the demanding requirements. Well done to the winners as well as to the runners-up, some of which were very close contenders for the top slot in their respective categories."

To define the Best in Class, a calculation is made of the weighted sum of the scores in each of the four areas of assessment: Adult Occupant, Child Occupant, Pedestrian and Safety Assist. This sum is used as the basis for comparison of the vehicles.

Cars qualify for ‘Best in Class’ based only on their rating with standard safety equipment. Additional ratings based on optional equipment are excluded.

In December, Euro NCAP slammed the crash test performance of the Renault Zoe and Dacia Spring electric vehicles, suggesting that safety has become “collateral damage” in the group’s transition to EVs.

The facelifted Zoe received zero stars from the organisation after the model update was adjudged to have represented a “degradation” of safety standards, with a downgraded air bag system and a lack of “meaningful crash avoidance technology”, Euro NCAP said.